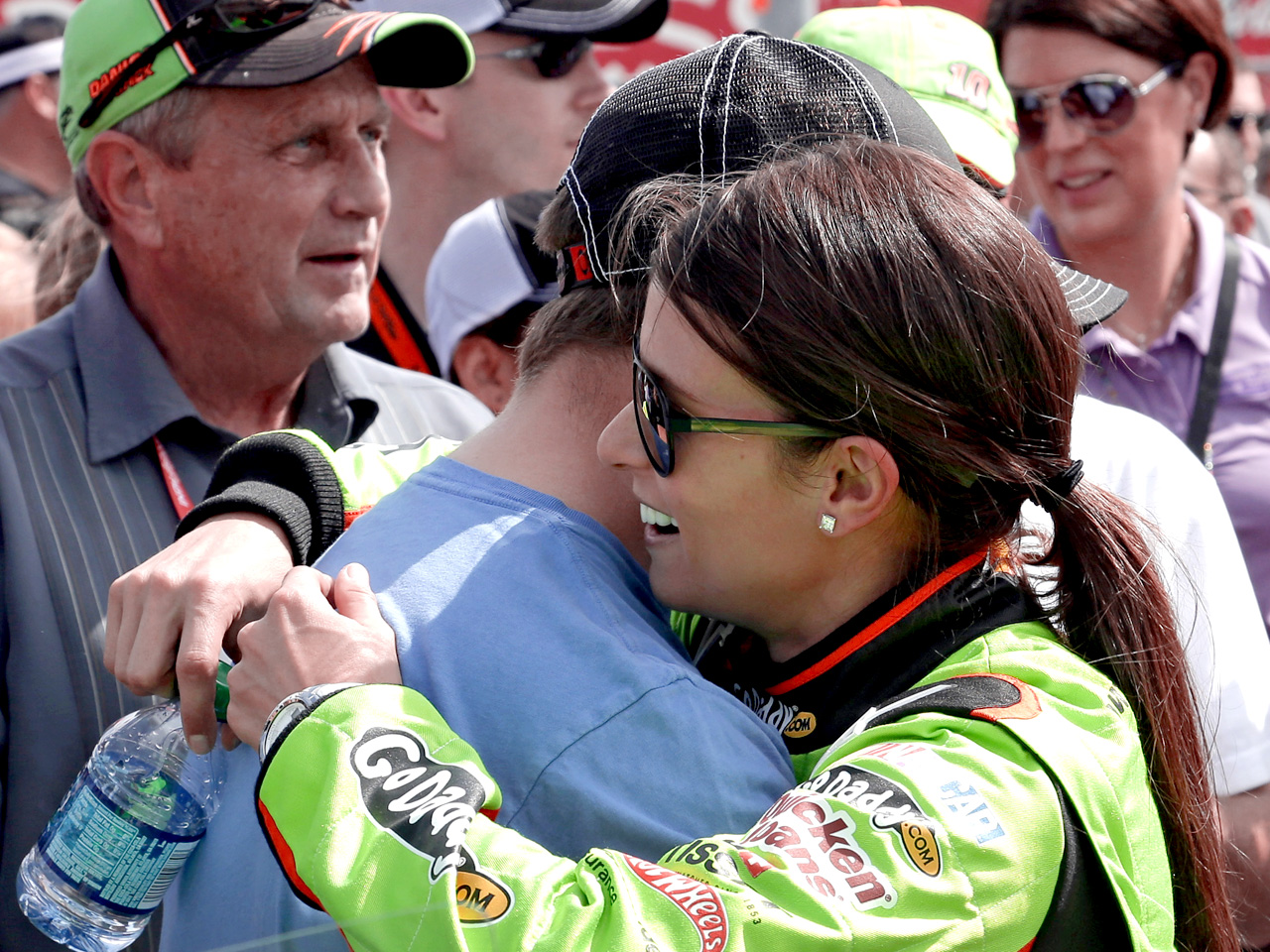 She became the first woman to lead a lap and was the highest female finisher in the famed Daytona 500. She led five laps and finished eighth. Janet Guthrie had the previous best finish for a woman in the Daytona 500 — 11th in 1980.

"You spend a lot of time thinking about what to do when the time comes," Patrick said. "I kept asking up above what was working. You needed a hole, you needed people to help you out. I had a little bit of help today here and there, but I felt like if I was going to dive low, I had a feeling I was going to get freight-trained. ... At the end of the day, it was a solid day."

Patrick, the former IndyCar star and current Sprint Cup rookie, was in position to make a run at winner Jimmie Johnson in the final laps. But Patrick faded, dropping from third to eighth as more experienced drivers passed her.

"We stayed basically in the top 10 all day long," she said. "You can't really complain about that. It was nice."

Patrick stayed out of trouble in a 200-lap race that saw several top contenders knocked out early.

Patrick started the "Great American Race" on the pole after becoming the first woman to qualify in the top spot. She failed to lead the first lap, though, falling behind three-time race winner Jeff Gordon.

Nonetheless, it was a big moment for NASCAR and Patrick.

But Patrick got her chance to be out front near the midway point. Fans were on their feet as Patrick beat Michael Waltrip to the front of the field on a restart. She led laps 90 and 91 and three more later before making a pit stop.

Patrick also made history as an IndyCar driver. She led 19 laps as a rookie in the 2005 Indianapolis 500, becoming the first woman to lead open-wheel racing's premier event. She finished fourth.