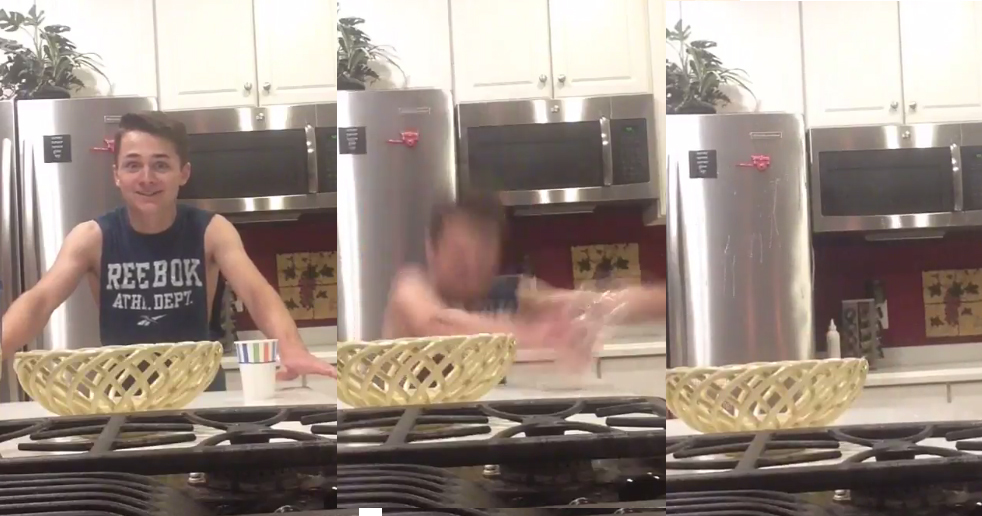 If you've ever watched cartoons or played Nintendo, you know the old cliché: Banana peels make people slip and fall on their faces.

That's the theory Twitter user Jason Oakes decided to test when he posted this video on social media:

At first, Oakes seems to believe he's debunked the age-old banana peel myth. "I thought it would be like really bad," he says. "Oh, I'm disappointed. It's really not that slipper-"

Then, it happens. Oakes, with drink in hand, hits the floor in spectacular fashion, screaming and spraying liquid as he goes.

In 2016, this sort of clip -- which as of April 1, has been liked and retweeted more than 110,000 times -- makes for social media gold. And now teens across the country are having slips in judgment, trying to strike gold of their own.

The trend has now spawned the viral hashtag #BananaPeelChallenge. And while teenagers the Internet over seem to find the variety of falls it generates hilarious, the problem is that these sorts of humorous videos are actually extremely dangerous to make.

"Banana peels have the potential to become the next hoverboards," says Dr. Bridget Dowd of New York Presbyterian Hospital - Weill Cornell Medical Center. "They can cause increased morbidity and even mortality in some cases through concussions, head trauma, fractures and potential long-term disability. In the E.R., we see kids every day that make poor decisions leading to serious injuries."

That's a reality acknowledged even by some of the people participating in the challenge. When this Virginia teen posted her take on the trend, for example, she wrote, "I think my wrists are broken."

Autumn's caption aptly -- though perhaps unintentionally -- illustrates the inherent dangers in this sort of viral craze. Like the Kylie Jenner Challenge, Sunburn Art and the Cinnamon Challenge before it, the Banana Peel Challenge seems to offer up five minutes of Internet fame at the price of serious, sometimes irreversible, health effects.

For concerned parents, the only consolation may be that social media's attention span is as short as it often is lowbrow. So, like those other viral trends, the Banana Peel Challenge is likely a fleeting craze, soon to peel out as quickly as it came.