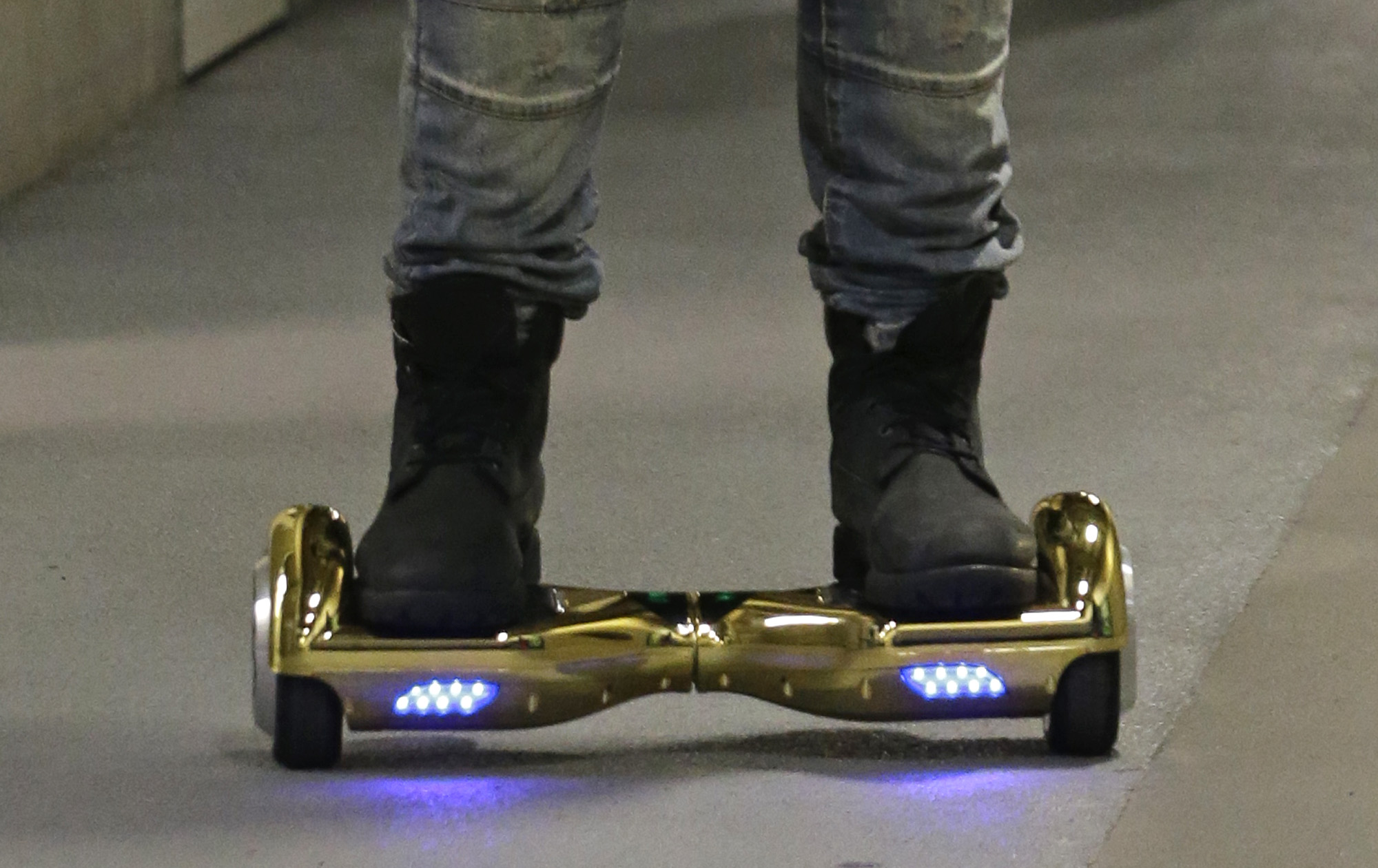 Love them or hate them, hoverboards are no longer a thing of the future.

On Cyber Monday, eBay sold one every 12 seconds, and parents are desperate to fill their children's holiday wish list.

But the seemingly easy ride can be anything but, raising concerns over ride-related injuries - from falling off at high speeds to the board itself allegedly exploding in flames, reports CBS News correspondent Michelle Miller.

In Louisiana, a house allegedly caught on fire after the owner plugged in their days-old device purchased online.

"It was like a firework, like you just lit a firework," said the homeowner, Jessica Horne. "I saw sparks flying. And before I could yell, the house was on fire."

Rilwan Hassan is a franchise owner of IO Moonwalkers, a retailer of high-end hoverboards that sell for nearly $1,600. He says a lot of the products out there are cheaply made counterfeits and consumers get what they pay for.

"They brought a board in to us (that) stopped working and also broke in half, so we decided to open it and check what was wrong with it," said Hassan. "Basically it had duct tape in the wiring, wiring was loose, screws were missing -- it was just terrible quality."

In the last three months, the Consumer Product Safety Commission has received eight reports of emergency room visits related to hoverboards, none from fires.

But hoverboards are an unregulated product, meaning there are no national standards for all the different brands sold to consumers, according to Sean Kane with the Safety Institute.

"What's the difference? What are the design practices? What are the standards? What is the testing that's being done? And the answer is nobody knows because there aren't any requirements they have to meet," Kane said.

Safety experts emphasize hoverboards are not toys and can move at speeds where you can sustain serious injuries if you fall off.

They encourage people to wear helmets, knee and elbow pads, and most importantly, to report any problems with your device to the Consumer Product Safety Commission.