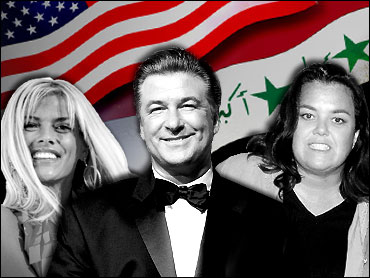 Americans for weeks woke up and went to bed to news updates about Anna Nicole Smith's death and the fate of her daughter.

Then, we seemed to go into near national paralysis over Don Imus' "hos" slur — yes, including this writer, who wrote half a column on his arrogance.

But then actor Alec Baldwin came to the rescue screaming, "Pig!," at his poor 11-year-old daughter — and, of course, accepting Dr. Phil's televised offer of intervention.

The media run with this trivia because they know it will hook viewers. But why do we care about this transient fluff? After all, it's not as if there hasn't been real news this spring.

To recap just some of what's been going on while we waste our time following spats between Rosie O'Donnell and Donald Trump:

We are reaching the 11th hour in Iraq, as Gen. David Petraeus surges troops to secure Baghdad and stabilize a fragile democracy before the Democrats cut off funds for the war effort. Al Qaeda in Iraq tries to pull off as many spectacular attacks as possible to demoralize Americans. The future of much of the Middle East hangs in the balance.

Last week, jihadists who were planning to blow up an oil field in Saudi Arabia were arrested. And according to a leaked memo from British intelligence, others plot new major attacks.

Our erstwhile ally Europe is experiencing the best and worst of times. A strong euro cannot hide static economic growth, high unemployment, unassimilated minorities and little defense capability. Europeans have little confidence in either their spiritual or material defenses to protect against an unpredictable Russia, a nuclear Iran or al Qaeda's next-generation plans for mass destruction.

Speaking of Russia, it is suddenly rich beyond belief. It may soon pump 10 million barrels of oil per day — much of it sold on the world market at sky-high prices. Russia already supplies Europe with half of its daily natural gas needs.

And as the Russian government becomes more repressive at home, it showcases its new energy clout abroad. A bullying Vladimir Putin threatens former Soviet republics with gas cut-offs and Estonia with diplomatic isolation. He warns NATO countries not to participate in American led-missile defense. Russian dissidents mysteriously are murdered at home and abroad. Why reform its politics or the economy when Mother Russia can grow rich hawking oil?

Iran is even more dangerous, vowing both to become a nuclear power and wipe out Israel. Until then, it is busy supplying Hezbollah and Hamas terrorists, kidnapping sailors, and fabricating bombs to kill Americans in Iraq.

Meanwhile, the United States keeps borrowing to meet its enormous consumer and oil appetites. The Japanese and Chinese have, combined, stockpiled over a trillion dollars from indebted Americans. One or both nations will inevitably adopt an assertive foreign policy to reflect their financial leverage over the U.S.

Despite politicians' rhetoric about energy independence, Americans have made no progress in curbing our enormous oil appetite, which accounts for 25 percent of the world's daily consumption.

We incur debt to pay for imported petroleum, while ensuring astronomical world oil prices. That hurts poor nations and translates into billions of dollars pouring into the most unstable and hostile governments of the Middle East — and eventually to terrorists themselves.

There are more than 11 million illegal immigrants in the United States. Thousands took to the streets on May Day to demand new rights. While we squabble over border defense, increased security, guest workers, verifiable IDs, amnesty and earned citizenship, hundreds of thousands more aliens come illegally into the United States every year.

The public and its leaders know these problems cannot continue unaddressed — and yet we fear the bitter medicine to come far more than suffering with the present chronic illness.

But what if al Qaeda lets off a dirty bomb or blows up an oil field, or if Americans flee Iraq, or if Russia decides to cut off natural gas to Europe or reabsorbs one of its bothersome former republics? We try to hear and see no evil, but it's not far-fetched to suggest that future world events could quickly change the lives of millions.

So why then fixate on Anna Nicole, Rosie, Imus, and Alec?

Simple — they are the modern equivalents of the grotesque carnival freak shows that used to provide a perverse sense of escapism from what people dare not face. Yet as our dependency on such tabloid distraction grows, so, too, do the real dangers that we ignore.

The ghost of Anna Nicole, foul-mouthed Rosie, and trash-talking Imus turn out to be the best friends Ayman al-Zawahiri, Mahmoud Ahmadinejad, and Vladimir Putin have. 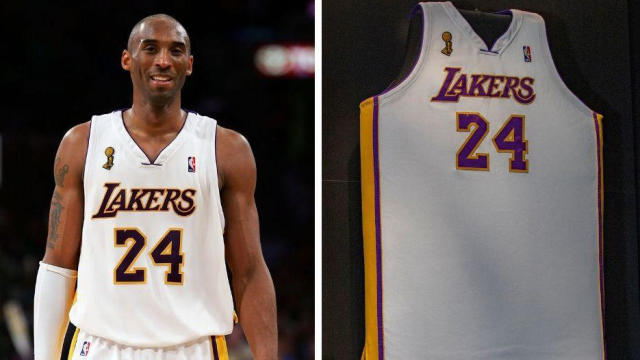