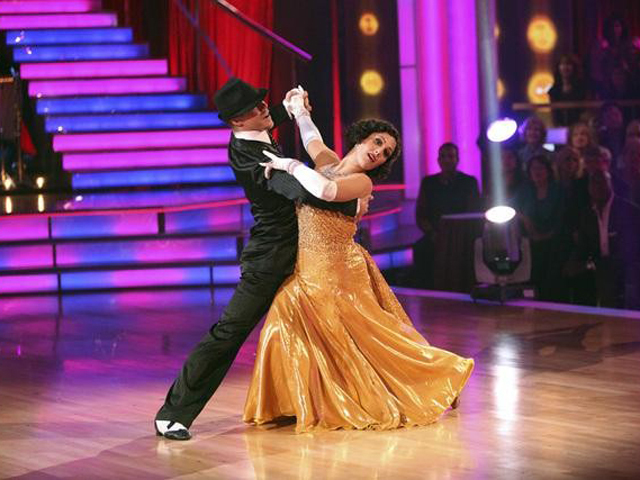 (CBS/AP) The theme of this year's "Dancing With the Stars" is loser - contestants losing weight, that is.

Even winners are losers. Ricki Lake has snagged high scores this season -- all while shedding pounds: 20 to be exact. So has fellow contestant Nancy Grace. The prosecutor-turned-TV personality says she's lost 23 pounds so far.

Grace has been showing more skin as she shrinks, and she said she'd be thrilled to dance in a leotard if she makes it to the finals on the hit ABC competition.

Reality star Rob Kardashian, who has shared his weight woes on the show, has also been shaping up. While he won't reveal an exact number, he says dancing is boosting his confidence and helping him slim down.