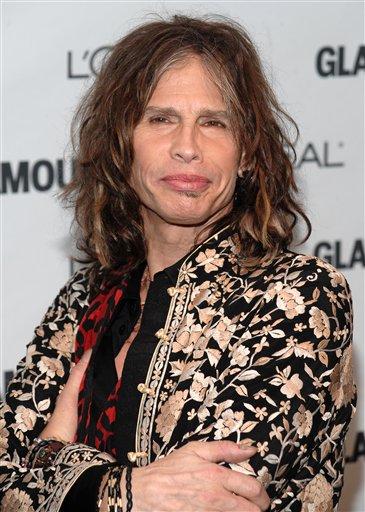 Dan Rather is leaving CBS after 44 years with the Tiffany Network.

Sean McManus, president of CBS News and Sports, made the announcement.

"Of all the famous names associated with CBS News, the biggest and brightest on the marquee are Murrow, Cronkite and Rather," McManus said. "With the utmost respect, we mark the extraordinary and singular role Dan has played in writing the script of not only CBS News, but of broadcast journalism."

CBS News is working on a primetime special on the newsman's career. It is scheduled to be broadcast sometime this fall. CBS News also will make a contribution to Rather's alma mater, now called Sam Houston State University.

Rather's contract with the network was scheduled to expire in November, but he was unable to reach agreement with CBS on a new pact. He had worked as a correspondent for "60 Minutes" since stepping down as anchor of the "CBS Evening News" last year.

He issued a statement Tuesday critical of CBS' handling of the contract talks. Rather said his early departure "represents CBS's final acknowledgement, after a protracted struggle, that they had not lived up to their obligation to allow me to do substantive work there. As for their offers of a future with only an office but no assignments, it just isn't in me to sit around doing nothing."

In response to the statement, a CBS spokeswoman said: "We value and respect Dan's tremendous career at CBS News. Despite the fact that we couldn't reach an agreement that satisfied everyone, we wish him all future success."

Public Eye: Did CBS Do Right By Dan?

Rather told the New York Times that he is considering an offer from Dallas Mavericks owner Mark Cuban to do a weekly news program for Cuban's HDNet cable channel.

Rather bid a bittersweet goodbye to the "Evening News" in March 2005 after 24 years in the anchor chair. He stepped down 24 years to the day after he replaced another CBS News icon: Walter Cronkite.

Bob Schieffer has been the interim anchor since Rather's departure. Katie Couric, who joins the network this summer, will take over the anchor chair in September.

Tom Brokaw, who along with Rather and Peter Jennings were the three faces of television news for decades, said he spoke with Rather recently about life after the anchor chair.

"As Dan himself might say, he's just a who can't wait to get out there and get his teeth on a story. I wish him only the best,'' said Brokaw.

During his long and prolific career with CBS News, Rather has written six books, anchored six presidential election campaigns and covered a dozen wars on five continents.

He has braved hurricanes, waded through flood waters, dodged bullets, comforted wounded GIs, mouthed off to presidents, wept on camera, become a lightning rod for conservatives and been badly beaten by a dangerous maniac on Park Avenue.

A 50-year career in journalism has made Rather a witness to modern American history: the assassination of President Kennedy, the civil rights movement, Watergate, wars in Vietnam and Iraq. The correspondent and anchorman has also interviewed hundreds of world leaders and newsmakers ranging from Mother Teresa to Saddam Hussein.

This road well traveled has been strewn with "Ratherisms," folksy sayings that can make one smile or wince or both. It was Rather who told us that the Florida presidential race was as "hotter than a Times Square Rolex" and who reminded us of the importance of swing states: "It don't mean a thing if they don't get those swings."

Rather's departure from the "Evening News" was clouded by his high-profile role in a flawed CBS News story about President Bush's National Guard service and some harsh comments from old CBS colleagues, including Cronkite, who suggested Schieffer should have been given the anchor job years ago.

In September 2004, Rather was the correspondent on a "60 Minutes" Wednesday piece that used documents that purported to show Mr. Bush received preferential treatment during his years in the Texas Air National Guard.

The authenticity of the documents was almost immediately questioned, but CBS News and Rather continued to defend the story long after it was broadcast. An independent panel that probed the network's handling of the story concluded CBS News failed to follow basic journalistic principles in the preparation and reporting of the piece.

Although the Guard story was a low point in Rather's career, it was far from his only brush with controversy. There were well-publicized run-ins with two top Republicans, Richard Nixon and President Bush the elder. And in 2001, he made an embarrassing appearance at a Democratic fundraiser in Texas hosted by his daughter.

These events contributed to Rather's status as a lightning rod for conservative critics who view him as a symbol of what they see as the media's liberal bias.

The Texas-born Rather had always dreamed of a career in journalism. He grew up in Houston, where he began reporting the news for local radio and TV stations.

"We didn't own a TV set, and we didn't know anybody who did," Rather told Texas Monthly. "My dream was to be a byline reporter on either the Houston Chronicle or the Houston Post."

His breakthrough came in 1961, when his daring coverage of Hurricane Carla for KHOU-TV attracted the attention of CBS.

Below are some memorable events in his CBS career: