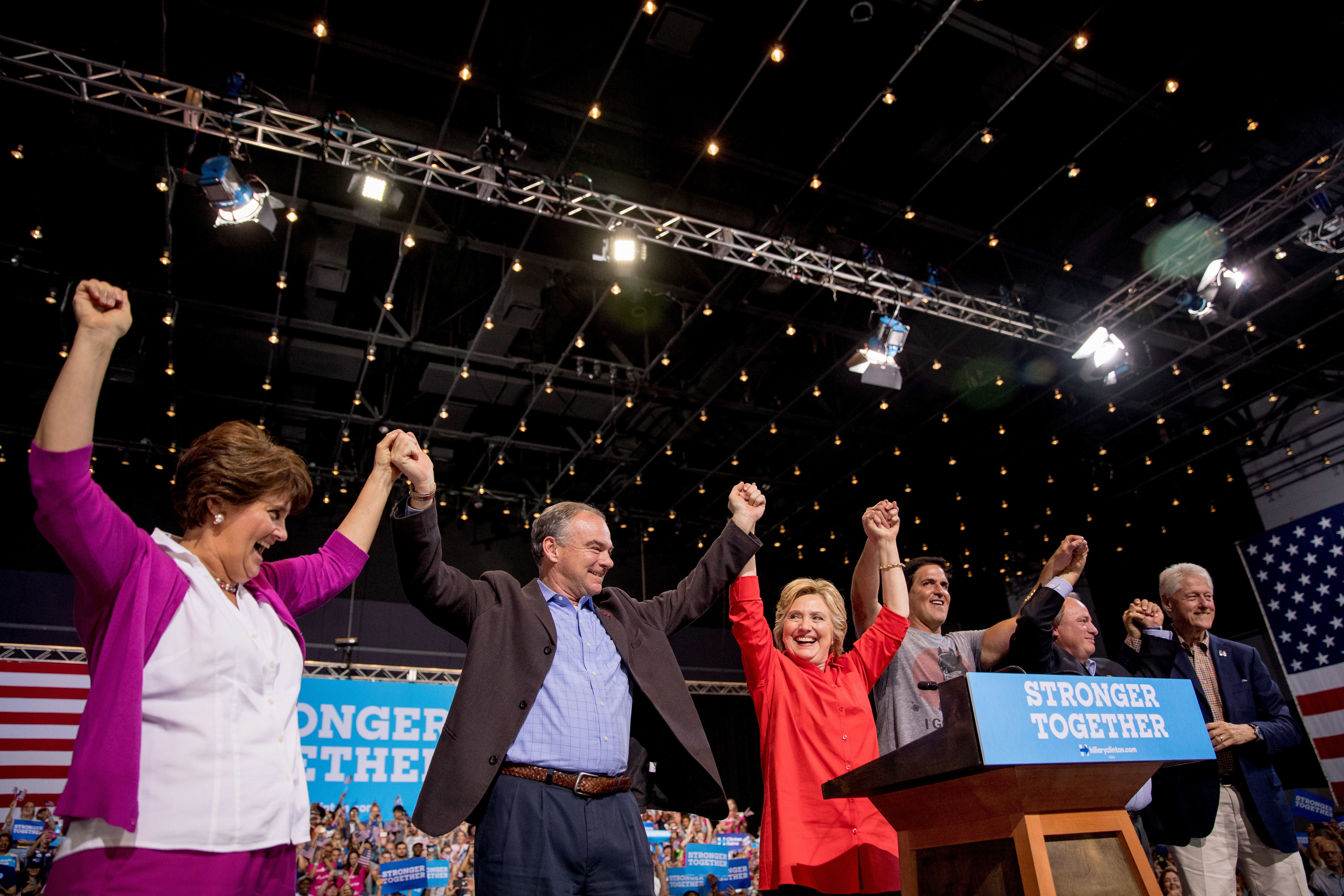 Billionaire Dallas Mavericks owner Mark Cuban endorsed Hillary Clinton on Saturday in his hometown of Pittsburgh, and he took a little time to pillory Donald Trump in the process.

"Leadership is not yelling and screaming and intimidating," Cuban told the crowd. "You know what we call a person like that in Pittsburgh? A jagoff."

The University of Pittsburgh, which studies local dialect, defines a "jagoff" as "a person who is irritating because of being inept or stupid."

"Is there any bigger jagoff in the world than Donald Trump?" he said as the crowd roared.

According to the Los Angeles Times, Cuban called Clinton campaign chairman John Podesta Thursday about making an endorsement, and he had dinner with Bill Clinton about a month ago, the New York Times reported.

Over the last few months, Cuban had said he'd be willing to be considered as a vice presidential candidate for either Trump or Clinton, but he has also disparaged Trump, suggesting that he was hiding something by not releasing his tax returns -- hypothesizing that Trump isn't as rich as he says he is.

Cuban, who's also a celebrity judge on the reality TV show "Shark Tank," brought up his program during his endorsement remarks, saying that his show "kicked 'The Apprentice's' ass." Trump was the longtime host of the NBC show.