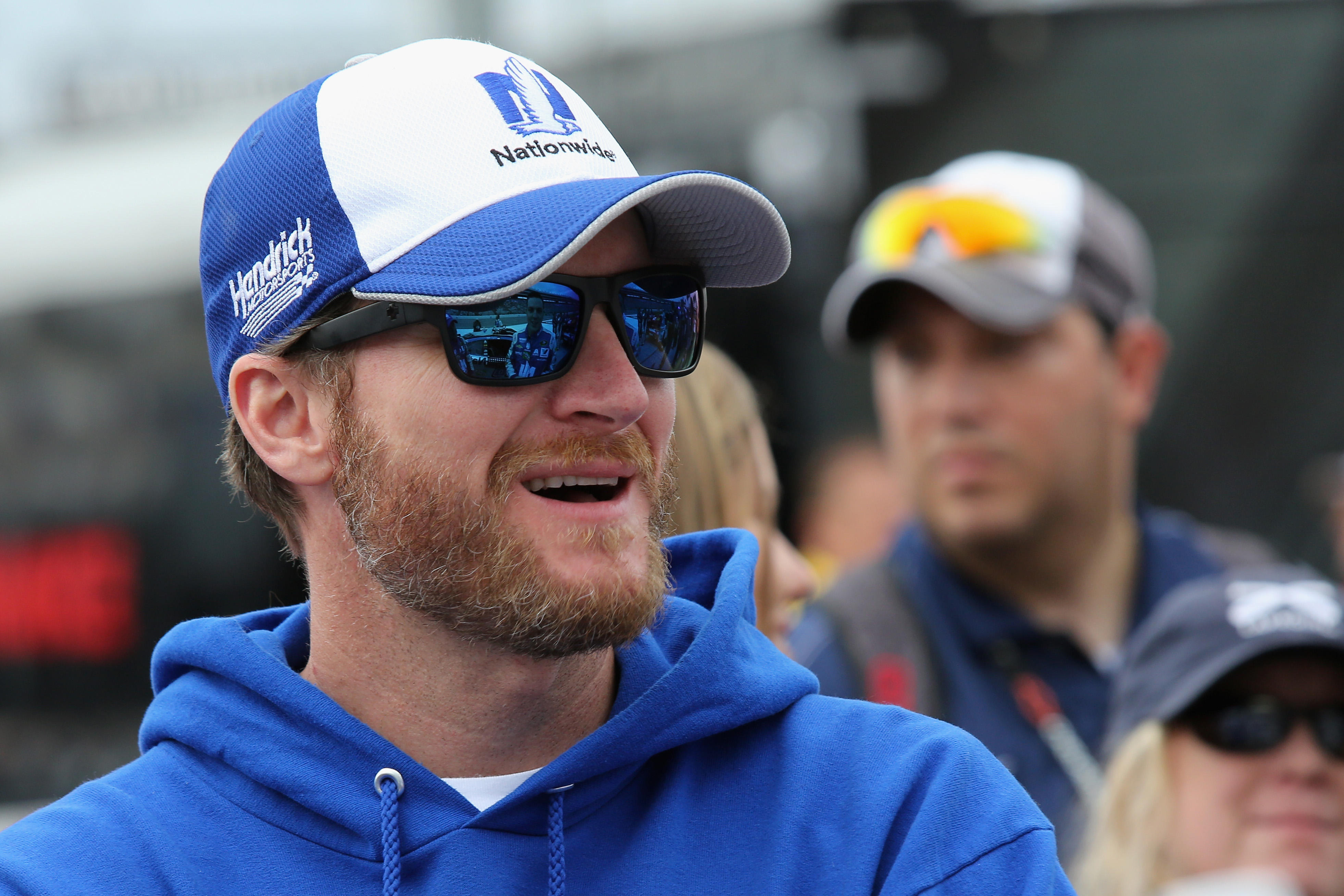 FORT WORTH, Texas - Dale Earnhardt Jr. is still driving fast, even though he has been sidelined from the NASCAR Sprint Cup Series because of a concussion.

Earnhardt was pulled over for speeding while driving to Texas Motor Speedway on Sunday morning before the AAA Texas 500.

His fiancee, Amy Reimann, who was in the car with him, posted a picture on Twitter of a police officer writing out a warning for NASCAR’s most popular driver. According to her tweet, Earnhardt didn’t get ticketed. She didn’t say how fast he was going.

When he was later asked by a Twitter user how fast he was going, Earnhardt had a pithy reply.

Earnhardt first began experiencing concussion-like symptoms in late July, and said in September he would miss the rest of the season. He plans to be back in No. 88 Chevrolet for Hendrick Motorsports for the start of next season at the Daytona 500.

Even though he’s not racing, Earnhardt is still doing appearances at the track, and watches some of the race from the No. 88 pit box.