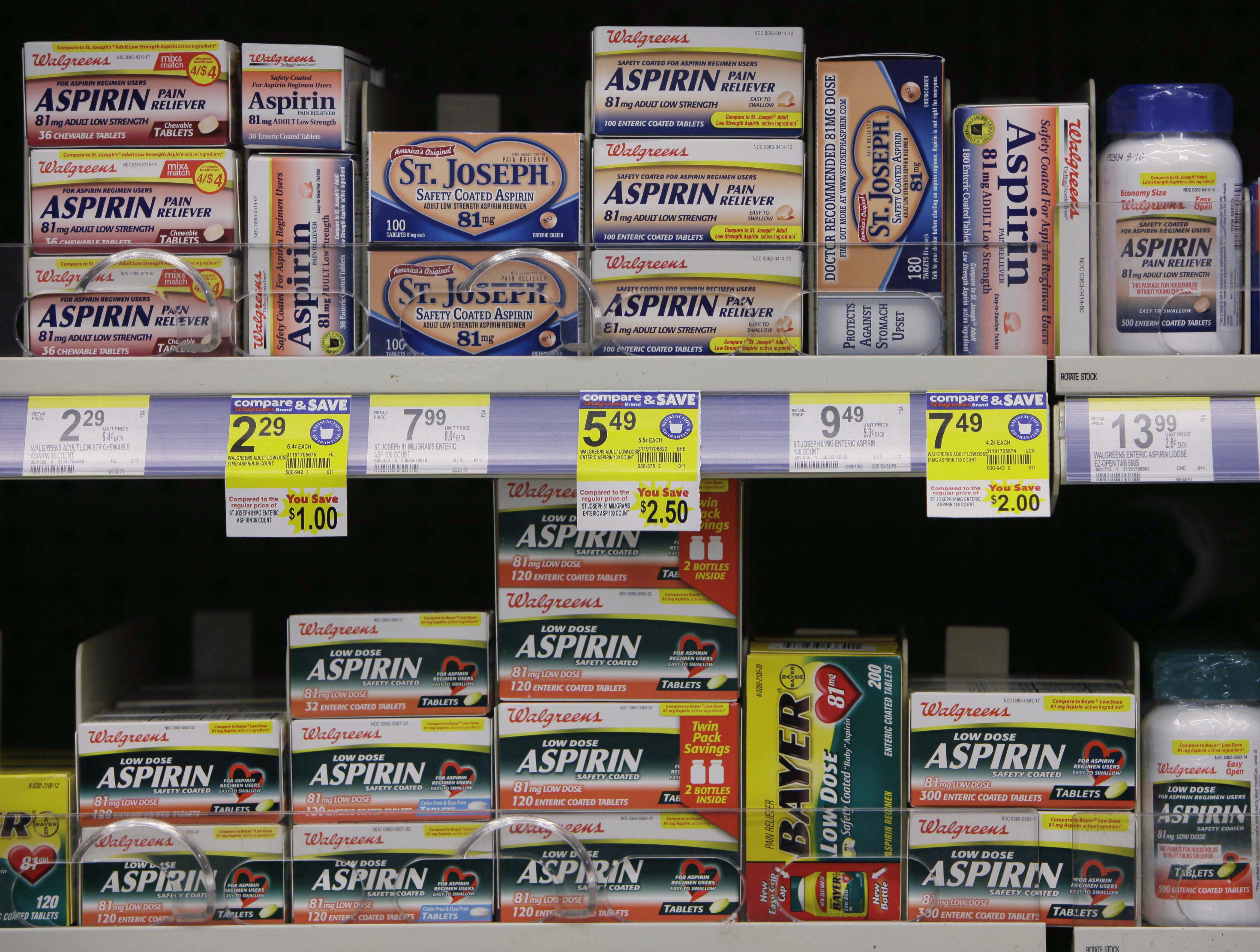 Taking low-dose aspirin every day may lower the overall risk of cancer by 3 percent, mostly because of larger reductions that were seen in the risk for colon and gastrointestinal tumors, researchers are reporting.

But the benefit was only seen after six years of taking aspirin almost daily, the study authors said.

"That makes sense, because cancers don't typically develop overnight. They take years to develop, so you would have to take aspirin for a long time to prevent cancer," said senior researcher Dr. Andrew Chan, from Massachusetts General Hospital in Boston.

"There is scientific evidence that aspirin has an effect on certain biological pathways that can result in cancer," he said. And it also reduces inflammation and the amount of some cancer-causing proteins.

This study shows only that taking aspirin is associated with a reduction in the risk of cancer, not that it prevents the disease, Chan said. However, other studies have come to the same conclusion, he added.

"The evidence has reached the point that it may be useful to consider using aspirin to prevent colon cancer," he said. "But we are still not at a point where the general population should take aspirin for cancer prevention."

The report was published online March 3 in the journal JAMA Oncology.

Dr. Ernest Hawk is vice president of the division of cancer prevention and population sciences at the University of Texas MD Anderson Cancer Center, in Houston. He said, "This is another study suggesting reductions in gastrointestinal and colon cancers among people who take aspirin for other reasons, such as reducing the risk of heart attacks or treating arthritis and relieving pain." Hawk co-authored an editorial that accompanied the research.

For the study, Chan and colleagues looked at the link between aspirin and cancer among more than 130,000 women and men who took part in the long-term Nurses' Health Study and the Health Professionals Follow-up Study.

Aspirin, however, was not associated with a lower risk for other major cancers, such as breast, prostate or lung cancer, the investigators found.

Although the evidence is mounting that aspirin may reduce the risk of colon and other cancers, the American Cancer Society does not currently have recommendations for or against aspirin use, said Eric Jacobs, the cancer society's strategic director for pharmacoepidemiology.

People who have had a heart attack or stroke are usually prescribed aspirin unless there is a good reason not to, such as a recent history of stomach ulcers, Jacobs said.

"People who have not had a heart attack or stroke need to consider the overall balance of risks and benefits, including lower risk of heart disease and colon cancer, but higher risk of serious stomach bleeding," he said. "This makes more sense than thinking about taking aspirin just for prevention of cancer."

People who are wondering if they should start taking aspirin should first talk to their physician. The doctor will be able to take into account the patient's risk for heart disease, as well as reasons why regular aspirin use might not be right for them, Jacobs said.

Aspirin is not a substitute for getting screened for colon cancer, he said. "All Americans 50 or older should talk to their doctor about getting tested for colon cancer so that polyps can be detected and removed before they get a chance to develop into cancer," Jacobs explained.