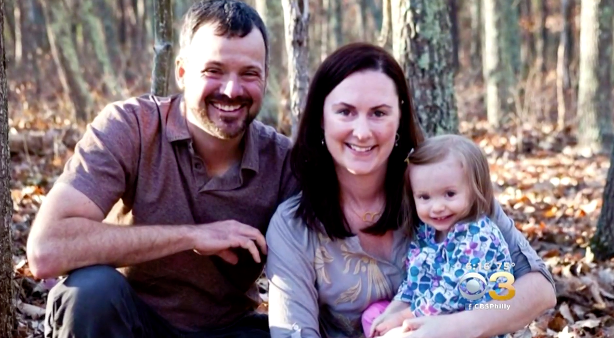 HAMMONTON, N.J. — For Clay Emerson, Father's Day has a special significance. The New Jersey dad is hoping to raise awareness about his daughter's rare disease. He hopes that by telling her story, they'll get more time together.

Other than being small for her age, you'd likely never know that 3-year-old Brooke has a disease called cystinosis. It affects cells all over the body that are damaged by a build-up of the amino acid cystine. The disease is hard to diagnose because it mimics other conditions.

From the time she has born, Brooke's parents knew something was wasn't right.

"Initially, the things that go through your mind are, 'Am I going to outlive my child?'" she continued "Now, we just want to make sure she has a normal childhood."

Brooke was diagnosed through genetic testing. Her parents didn't know they were both carriers of the gene that causes cystinosis.

The first symptom is usually excessive thirst. Other symptoms in infants include vomiting, poor appetite, and feeding difficulties. Without treatment, children may develop kidney failure and problems with other organ systems.

Brooke gets a dozen medications around the clock and is nourished through a feeding tube, but she stays busy with her toy animals.

"She's just a great kid, she really has a heart and despite of everything she goes through on a daily basis, she just presses on," said dad Clay.

Brooke's future is uncertain. She's one of only 500 cystinosis patients in the United States. Because it's so rare, there's limited  funding for research, and treatments are limited, too.

"I'm an engineer, I've grown up my whole life fixing things," said Brooke's father. "This was the first time I've encountered something that I couldn't fix."

But as Father's Day approaches, he is still grateful.