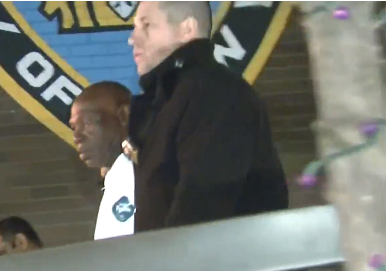 NEW YORK -- A 61-year-old man has been arrested and charged for the murder of his pregnant 39-year-old daughter, CBS New York reports.

Police confirmed that the body found in a Bronx home around 3 a.m. Wednesday was that of Andrea Caruth, who had been reported missing on Sunday and lived in the basement apartment where she was found inside a hole dug into the floor of a closet, along with a rope.

The body was covered in gravel and the hole was covered with a piece of plywood and a carpet to conceal it.

Caruth had injuries to her forehead, according to a police source, and appears to have died from blunt force trauma to the head.

A hammer was found in the basement apartment, but it is not clear if it was the murder weapon, the station reported. The New York City Medical Examiner's office has yet to determine the official cause of death.

Caruth, who was five months pregnant, had last been seen by her live-in boyfriend around 10 a.m. Sunday shortly before she was supposed to meet a friend for brunch. She never showed up.

The station reported that Caruth's boyfriend claims she went downstairs to get dressed and never returned, and that he thought she had gone on a lunch date as scheduled. He didn't call police to report her missing until Monday.

Late Wednesday afternoon, William Caruth, 61, was charged with second-degree murder and manslaughter of his daughter.

Police sources told CBS New York that the two had a dispute over money prior to the murder.

As he was escorted out of the police station in handcuffs, a friend of the victim shouted in disgust and called the suspect a murderer.

"It was just a buildup of emotions and I called him a murderer, obviously that's how I feel," Nigel Fitzwilliam said.

Fanuel Endalew said that on Tuesday night, before the body was found, William Caruth seemed calm.

"He kept quiet. I didn't see him weeping or anything. He seemed stunned, shocked, I didn't see any reaction," Endalew said.

Caruth's family declined to comment but said a statement would be forthcoming.

William Caruth, the victim's father, as well as her live-in boyfriend were both interviewed by police throughout the night and into the morning, according to CBS New York. The home that they shared was still surrounded with yellow crime tape Wednesday night.

"This is a terrible tragedy, terrible tragedy. This should not happen to anyone. It's so brutal. And her poor unborn baby -- it's very very sad," Caruth's friend Marie Smith said.