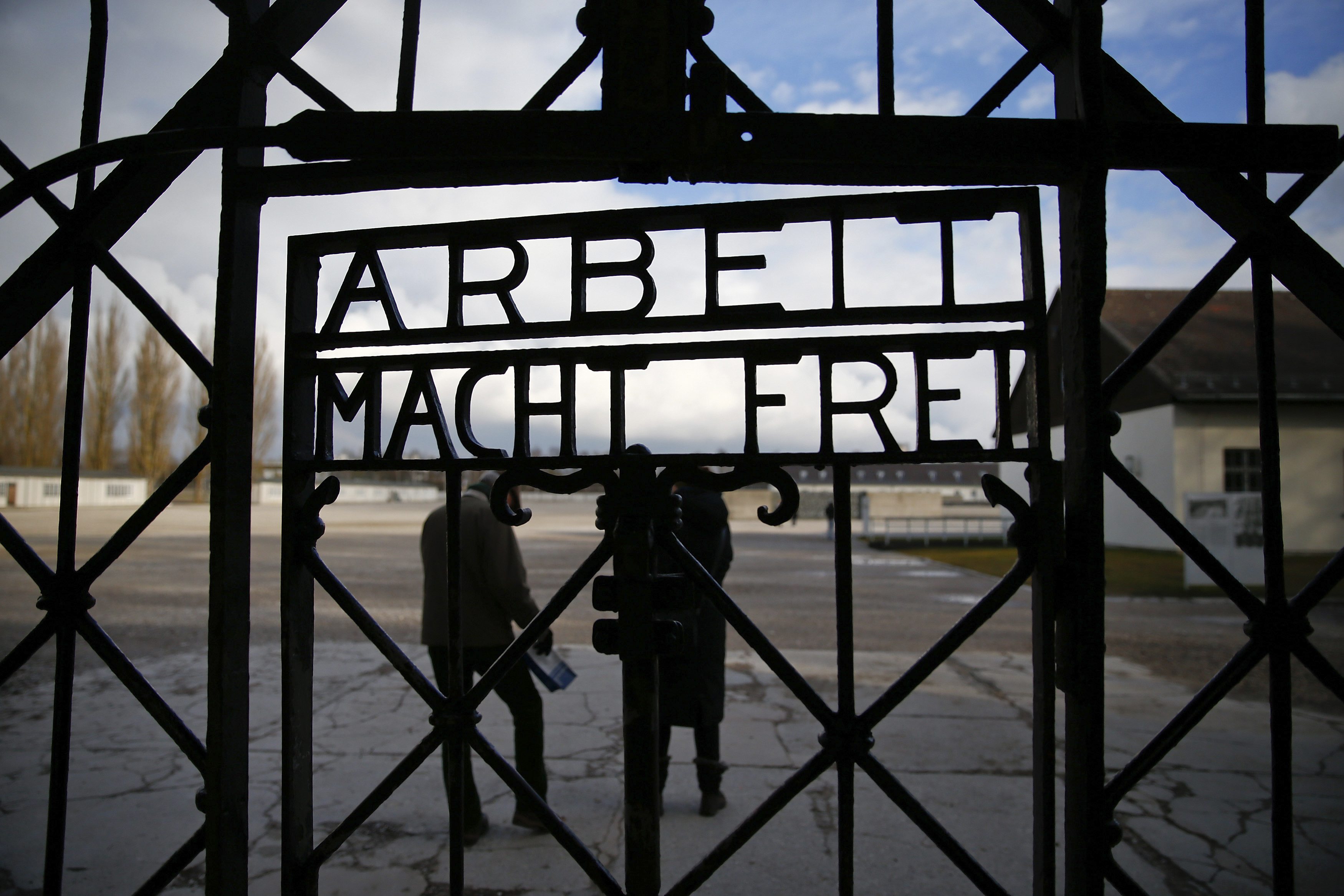 BERLIN  -- The wrought iron gate to the Nazis’ Dachau concentration camp that was stolen two years ago, prompting an international outcry, appears to have been found in western Norway, police said Friday.

The gate, bearing the slogan “Arbeit macht frei,” or “Work sets you free,” was located in the Bergen area of Norway after authorities received an anonymous tip, German police said in a statement.

Authorities said they were trying to determine if the recovered gate is authentic, but police said there was a “high probability it is the iron gate stolen in Dachau,” Bavarian police said.

The gate seemed to be good condition, and will be handed over to German authorities “as soon as it is feasible,” according to police in Bergen, which is located 125 miles northwest of Oslo.

Local newspaper Bygdannytt reported the gate was found in Ytre Arna, a settlement north of Norway’s second-largest city. It was not immediately clear when it was found. So far, the perpetrators remain at large.

The concentration camp in Dachau, Germany, near Munich, was established by the Nazis in 1933. The missing gate, measuring 75 by 37 inches, originally was set into a larger gate at the camp’s entrance.

More than 200,000 people from across Europe were held at Dachau, and more than 40,000 prisoners died there.

The camp was turned into a memorial site, and the gate’s theft in November 2014 was viewed as a desecration. The Dachau memorial’s director described the gate as “the central symbol for the prisoners’ ordeal.” Israel’s Yad Vashem memorial labeled the theft as “an offensive attack on the memory of the Holocaust.

A replica was installed in the missing gate’s place last year as part of events marking the 70th anniversary of the liberation of the camp by U.S. forces in April 1945.

It was the second time in recent years that a Nazi camp gate was targeted by thieves.

In December 2009, the “Arbeit macht frei” sign that spanned the main gate of the Auschwitz death camp, built by the Nazis in occupied Poland, was stolen. Police found it three days later cut into pieces in a forest on the other side of Poland.

A Swedish man with a neo-Nazi past was found guilty of instigating that theft and jailed in his homeland. Five Poles also were convicted of involvement and imprisoned.