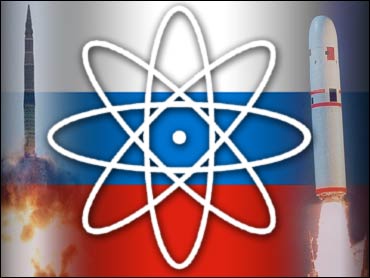 Czech authorities, helped by the U.S. Department of Energy, have transferred 176 pounds of highly enriched uranium to Russia, the U.S. Embassy in Prague said Monday.

The move took place under a Russian-American program to secure Russian-produced, highly enriched fuel located in often poorly guarded research institutes in one-time Soviet-allied countries. Under the program, the fuel is returned to Russia to be blended down to a less dangerous concentration no longer suitable for weaponry.

The uranium, from the Nuclear Research Institute AS in Rez near Prague, was transported through Slovakia and Ukraine by train and reached a secure reprocessing facility in Russia on Saturday, the embassy said in a statement.

The spent fuel will be reprocessed over next several years, it said.

"This is an example of the international community working collectively to reduce the threat of nuclear terrorism, and is the kind of concrete international security action that increases both U.S. security and that of our allies," said Richard Graber, the U.S. ambassador to Prague.

The shipment is part of a broader effort to reduce the chances of highly enriched uranium being obtained by terrorists.

So far, a total of some 1,298 pounds of highly enriched uranium fuel has been transported back to Russia from Bulgaria, the Czech Republic, Germany, Latvia, Libya, Poland, Romania, Serbia, Uzbekistan and Vietnam, the U.S. embassy said.

The recent shipment from the Czech Republic was the biggest single shipment so far, it said. It said representatives of the U.S. Department of Energy, the U.S. Embassy in Prague, and the Vienna-based International Atomic Energy Agency witnessed its loading and departure.

Russia has agreed to retrieve highly enriched uranium it shipped to civilian research facilities in 17 countries.

In 2005, nearly 31 pounds of highly enriched uranium from a research reactor at the Czech Technical University in Prague was transported for reprocessing at Russia's nuclear facility in Dmitrovgrad as part of the international initiative financed by the U.S. government.

Experts say roughly 55 pounds of highly enriched uranium or plutonium is needed in most instances to fashion a crude nuclear device. But they say a tiny fraction of that is enough for a dirty bomb - a weapon whose main purpose would be to create fear and chaos, not human casualties.

Uranium is considered weapons-grade if it contains at least 85 percent uranium-235.