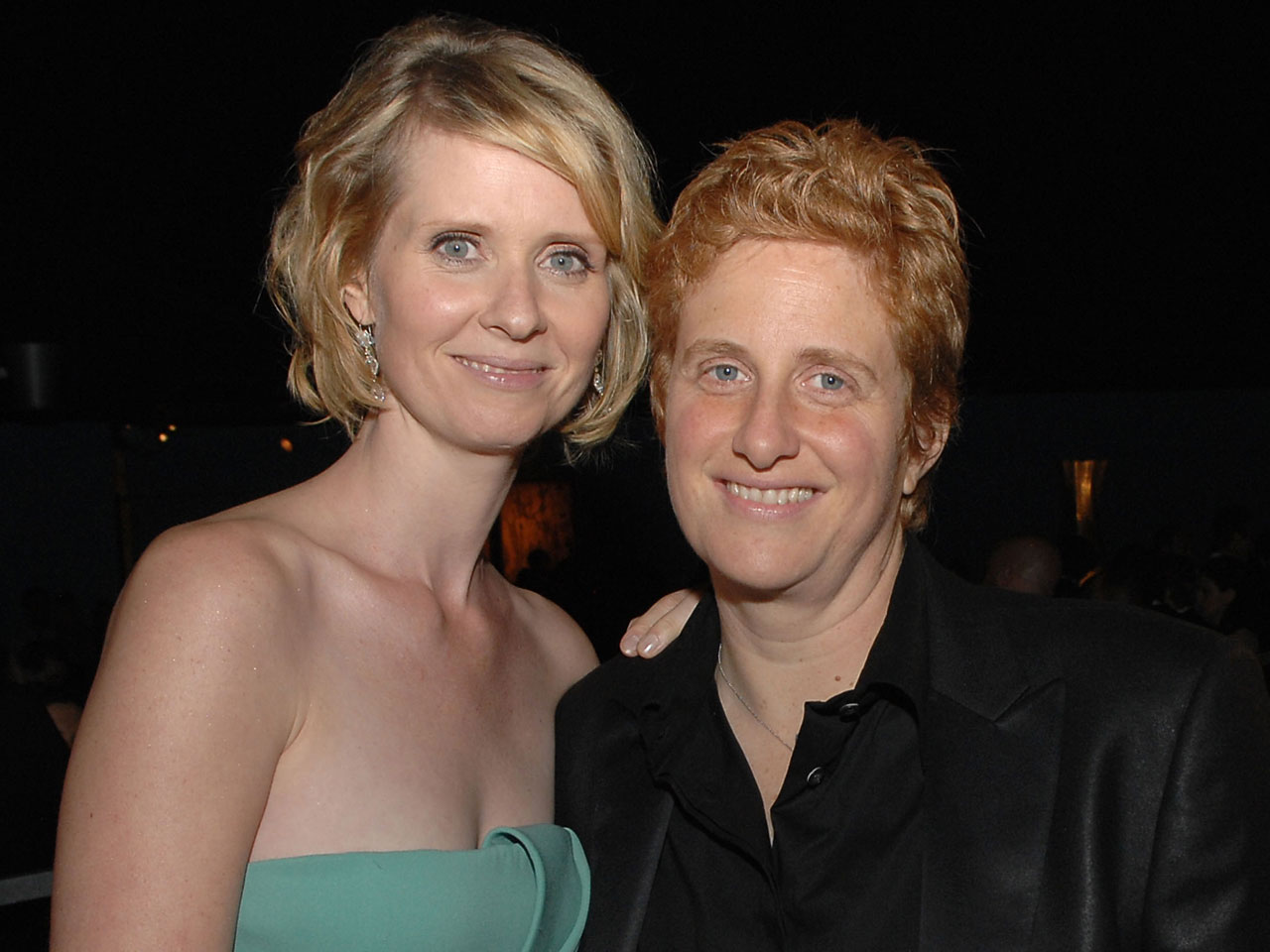 (CBS News) Cynthia Nixon has said "I do."

The "Sex and the City" actress wed longtime partner Christine Marinoni over the weekend.

"On May 27, 2012, Cynthia Nixon and her girlfriend, Christine Marinoni, were legally married in the state of New York," her rep told People in a statement on Monday. "Nixon wore a custom dress by Carolina Herrera."

Nixon, 46, and Marinoni, 45, an education activist, have been together since 2004 and announced their engagement in 2009. Marinoni gave birth to their son, Max Ellington Nixon-Marinoni, in February 2011. Nixon has two children from her previous relationship with photographer Danny Mozes.