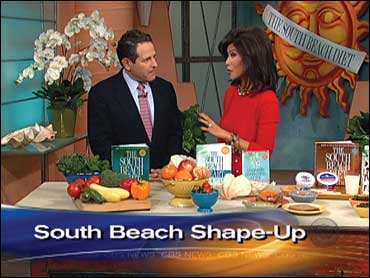 USA Network canceled production of a television movie about two drug-tampering deaths after it was pressured by a major pharmaceutical advertiser.

The New York-based cable network pulled the plug on Who Killed Sue Snow? on Nov. 22, five days before filming was to begin in Vancouver, British Columbia, the Los Angeles Times reported Wednesday.

The movie was based on the 1986 deaths of two Seattle-area residents who took cyanide-laced Excedrin.

The Times, citing anonymous sources involved in the project, said the New Brunswick, N.J.-based company threatened to pull all advertising at the network and ask other drug companies to do the same.

John McKeegan, a Johnson & Johnson spokesman, confirmed that the company complained about the movie but denied it threatened to pull advertising.

"We were advised of the program and didn't feel it was appropriate," McKeegan said Tuesday. "And we communicated that to the network."

It was unclear whether Excedrin maker Bristol-Myers Squibb also raised concerns. A Bristol-Myers spokesman said he could not confirm whether the company had done so.

USA officials said the project was pulled after Johnson & Johnson argued the movie was irresponsible.

"USA Network and its advertisers agreed that it would be in the public's best interest to stop production of this movie," said Ron Sato, a USA spokesman. He said the project was killed over concerns it could lead to copycat crimes.

It is unclear who at USA made the decision, which leaves the network responsible for costs of more than $1 million and led to about 150 actors and crew members losing their jobs, the Times said.

The channel is part of USA Networks Inc., a media company owned by Barry Diller, who has controlling interest, and Seagram Co.

USA has dropped from first to fifth place in prime-time ratings among cable networks and could little afford to lose a valuable advertiser when an industry-wide advertising slowdown is expected.

It is unclear how much USA could have lost from a boycott, but drug companies are the nation's fifth-largest advertisers, spending $2.4 billion in the first six months of this year on all media, according to Competitive Media Reporting.

Still, it is virtually unheard of for television executives to pull a program because of advertiser concerns. "I can't remember a case," said Jack Myers, chief economist for the Myers Reports, a New York-based media research firm.

The movie was to star Katey Sagal, the wife on Fox's Married … With Children, as Stella Nickell, who was convicted of lacing the Extra Strength Excedrin capsules that killed her husband. To make the murder look like the work of a random killer, Nickell laced other Excedrin bottles and placed them on store shelves in her suburban Seattle town.

Sue Snow, 40, died after taking two capsules. Nickell, who is serving a 90-year prison sentence, was the first person in the country to be prosecuted and convicted of murder under federal anti-tampering laws.

Three weeks before cameras were to roll, USA executives shared advertiser concerns with Columbia TriStar Television, which was producing the movie.

It's not clear how drug manufacturers learned about the movie, though networks have routinely allowed sponsors to preview programming in recent years as sensitivity grows toward violence and profanity.