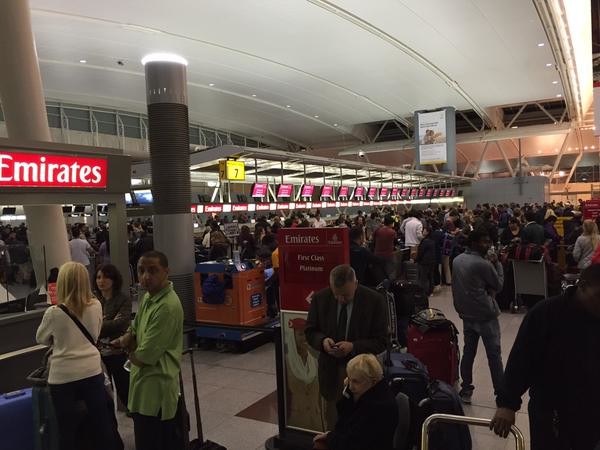 "U.S. Customs and Border Protection experienced a temporary outage with its processing systems at air ports of entry in the United States and took immediate action to address the technology disruption," the agency said in a statement late Wednesday.

The statement said the outage lasted about 90 minutes.

"At this time, there is no indication the service disruption was malicious in nature," Customs and Border Protection said.

The DHS official said John F. Kennedy International Airport in New York was likely the most significantly impacted but that other airports also experienced disruptions.

"They should have had a better system like another backup or something," traveler Maria Rea said at JFK Airport. "The people up there all cursing, there was people that couldn't walk, it was crazy."