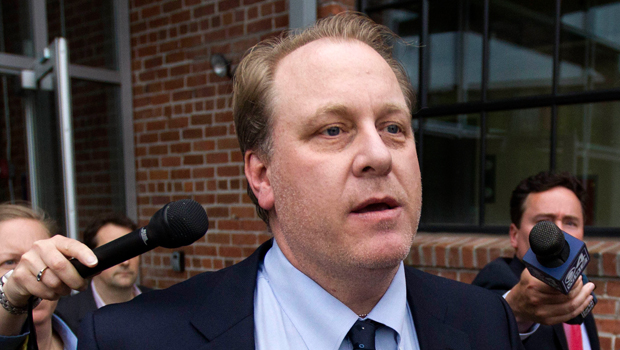 BOSTON -- Curt Schilling says he's going to be more careful the next time he tweets.

Schilling commented "The math is staggering when you get to true #'s."

Schilling, now an analyst for ESPN, deleted the tweet a few minutes later following heavy backlash from Twitter users, and also took it off his Facebook page.

"Curt's tweet was completely unacceptable, and in no way represents our company's perspective," the network said. "We made that point very strongly to Curt and have removed him from his current Little League assignment pending further consideration."

"100% my fault," Schilling tweeted after the suspension.

In several Twitter replies, Schilling said he wants to apologize.

"That didn't come across in any way as intended or interpreted," he wrote.

"Needed to actually think a bit before acting on that one," he told another user.