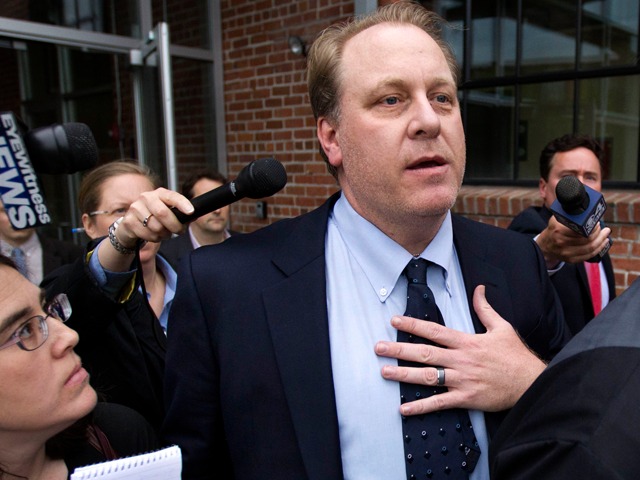 Schilling, who won a World Series with the Arizona Diamondbacks and then two with the Boston Red Sox, criticized independent Gov. Lincoln Chafee in a Saturday exchange on Twitter about the collapse of 38 Studios, which got a $75 million loan guarantee from the state in 2010.

Schilling tweeted that "if the state loses money it's because the Governor is a dunce of epic proportions, nothing I can do about that."

In follow-up tweets on Monday, Schilling also called the governor a "buffoon" and called the prospect of him getting re-elected in 2014 "terrifying."

Schilling's company laid off all its employees in May and filed for bankruptcy in June. Schilling had earlier blamed Chafee for public comments he made about the firm's solvency, accusing him of having an "agenda."

The ex-pitcher, who also played for Baltimore, Philadelphia and Houston, conceded previously that he himself was "absolutely" part of the reason the company failed.