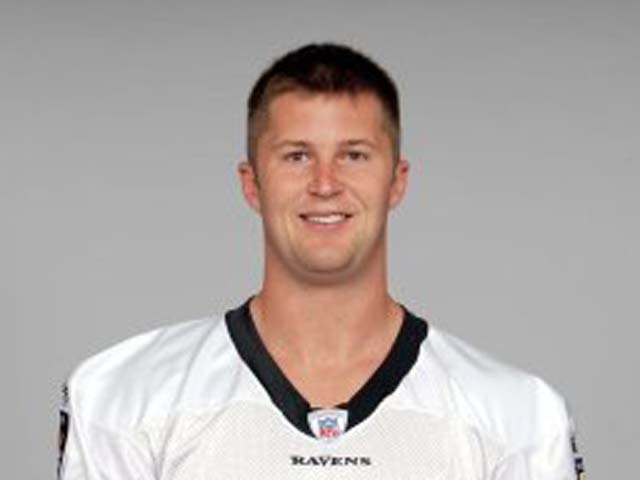 (CBS) LANSING, Mich. - Cullen Finnerty, a former Division II college football star who disappeared in the Michigan wilderness during a fishing trip, died of pneumonia caused by inhaling his vomit, according to an updated autopsy released Thursday.

The report also suggests Finnerty's disorientation and paranoia in the woods May 26 may have been exacerbated by a combination of the painkiller oxycodone and chronic traumatic encephalopathy (CTE).

The degenerative brain disease has been found in a number of ex-football players. Finnerty's brain was studied at Boston University's Center for the Study of Traumatic Encephalopathy, according to the report.

Though relatives reported the former Grand Valley State University quarterback had a number of alcoholic drinks the day he died, Cohle said his blood-alcohol level was "negligible" and didn't contribute to Finnerty's incapacitation.

The report says it's likely Finnery had anxiety, disorientation and paranoia from being alone in the woods while waiting for in-laws to pick him up. His emotions could have been exacerbated by an "elevated" oxycodone level combined with CTE, according to the report.

Cohle said the pain medication was prescribed to Finnerty for back injuries likely sustained during his football career.

An initial autopsy conducted the morning after Finnerty's body was found said he had a "slightly enlarged heart and slightly cloudy lungs" but "no trauma to the body at all." The final report includes toxicology results and the determination that he had CTE.

Finnerty's wife, Jennifer Finnerty,  said it wasn't the first time he had a "paranoid" episode. She said her husband once remained in a baseless state of panic for several days in fear that the FBI would follow him.

Cullen Finnerty, his brother-in-law and father-in-law went fishing the night of May 26.

They dropped off Finnerty around 8:30 p.m. and watched as he boarded a small personal inflatable pontoon boat and floated down stream.

The plan was for them to pick up Finnerty in about 30 minutes, but as it turned out, it was the last time they would see him alive. His body was found May 28 within a mile of where he had disappeared.

Finnerty led Grand Valley to more than 50 victories and three Division II national titles, the last in 2006. He briefly was a member of the Baltimore Ravens and later the Denver Broncos but never took a snap in a regular season NFL game.

Complete coverage of the Cullen Finnerty case on Crimesider