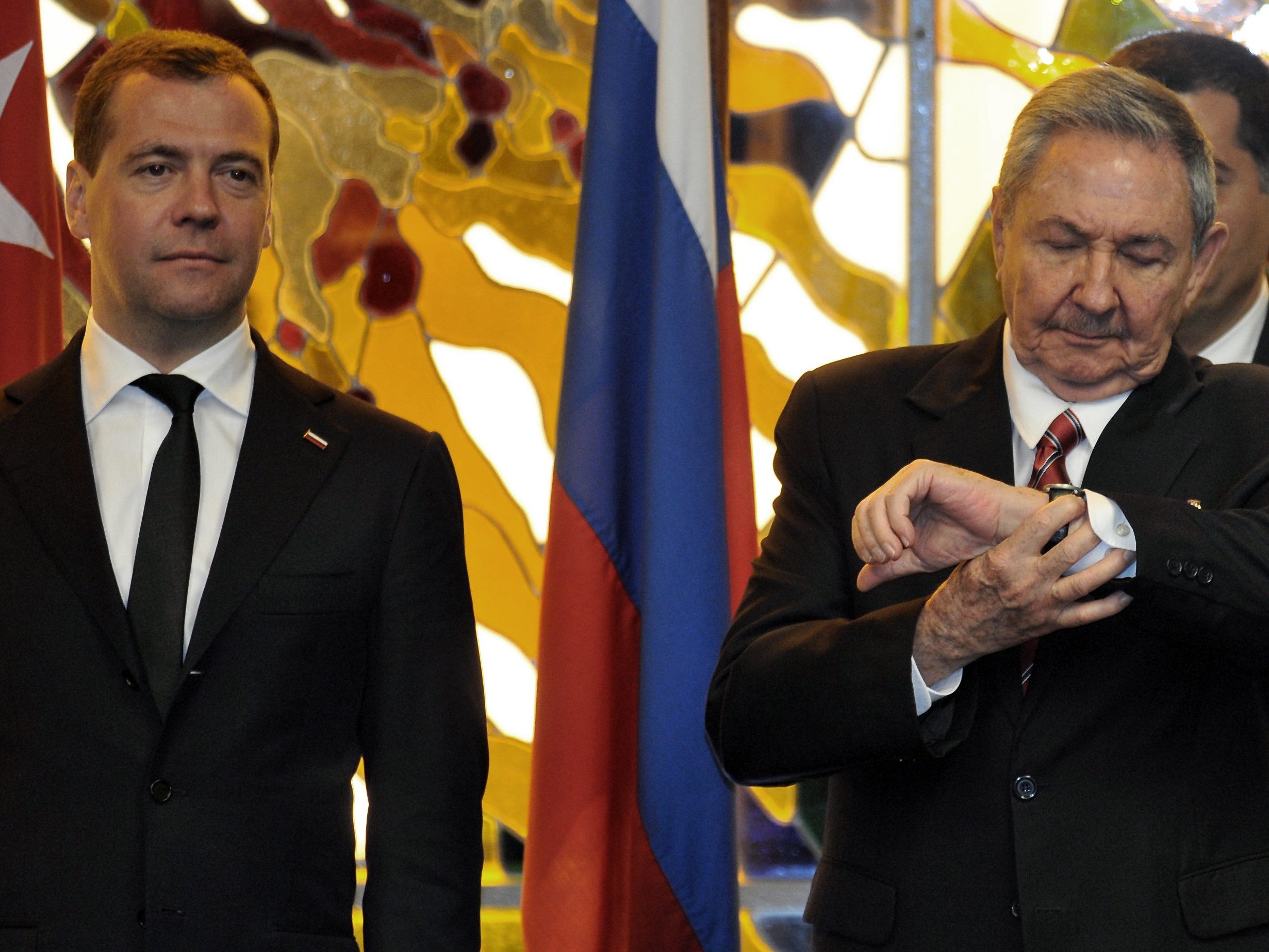 HAVANA Cuban President Raul Castro on Friday unexpectedly raised the possibility of leaving his post, saying he is old and has a right to retire. But he did not say when he might do so or if such a move was imminent.

The Cuban leader is scheduled to be sworn in to a new five-year term on Sunday. Castro said to listen to his speech that day, which he promised would be "interesting."

"I am going to be 82 years old," Castro said at a joint appearance with visiting Russian Prime Minister Dmitry Medvedev. "I have the right to retire, don't you think?"

Castro's tone was light and his comments came in informal remarks to reporters at a mausoleum dedicated to soldiers from the former Soviet Union who have died around the world.

The Cuban leader has spoken before of his desire to implement a two-term limit for all Cuban government positions, including the presidency. That has led many to speculate that this upcoming term would be his last. He would be 86 when the term ends in 2018.

When Castro does leave the political stage, it would end more than a half century of unbroken rule by him and his brother Fidel, who came to power in 1959 at the head of a revolution against U.S. backed strongman Fulgencio Batista.

Relations with the United States have been sour since shortly after the two came to power. One of the key provisions of the 51-year U.S. economic embargo on Cuba stipulates that it cannot be lifted so long as either of the Castros is in power.

Since taking over formally from his older brother in 2008, Castro has focused on a vast program to reform the economy, salvaging the "best" of the socialist system but redesigning it, Siegelbaum reports. Fidel Castro is 86 and retired.

In a recent panel held in Cuba titled "Problems of the socialist transition in Cuba," the editor in chief of the magazine Temas, Rafael Hernandez, noted that the reforms undertaken signify a "systemic change, in policy" and involves a "redistribution of power," Siegelbaum reports.

It's unlikely that Raul Castro will take himself out of the picture before this process is completed, Siegelbaum reports.