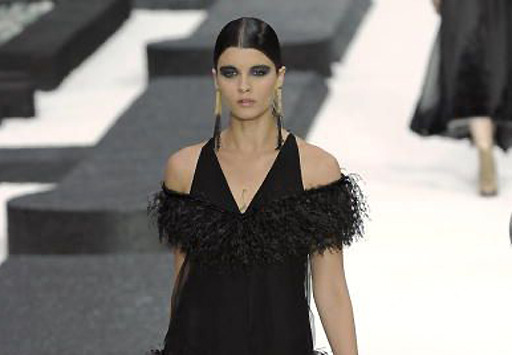 NEW YORK (CBS) Plus-size model Crystal Renn has continued her streak in the fashion world by earning a catwalk spot in not just one, but three major fashion shows during Paris Fashion Week.

The 24-year-old, who battled with anorexia to be in the fashion industry and later documented her struggles in the 2009 memoir "Hungry," hit the runway for  Chanel, Jean Paul Gaultier and Zac Posen earlier this week.

Renn, a size 10, told People magazine that it's "a real breakthrough" for a "plus size model" to be treated like an equal at the shows.

Having been in the industry since she was 14, Renn said she notices a change on the runways these days.

"Now, there's more ethnic diversity. The girls are not as skinny as before. You do see size 6s and a couple size 8s. There is change happening in the industry. There is more allowance for people to be different. I'm so impressed. I can't wait for next season."