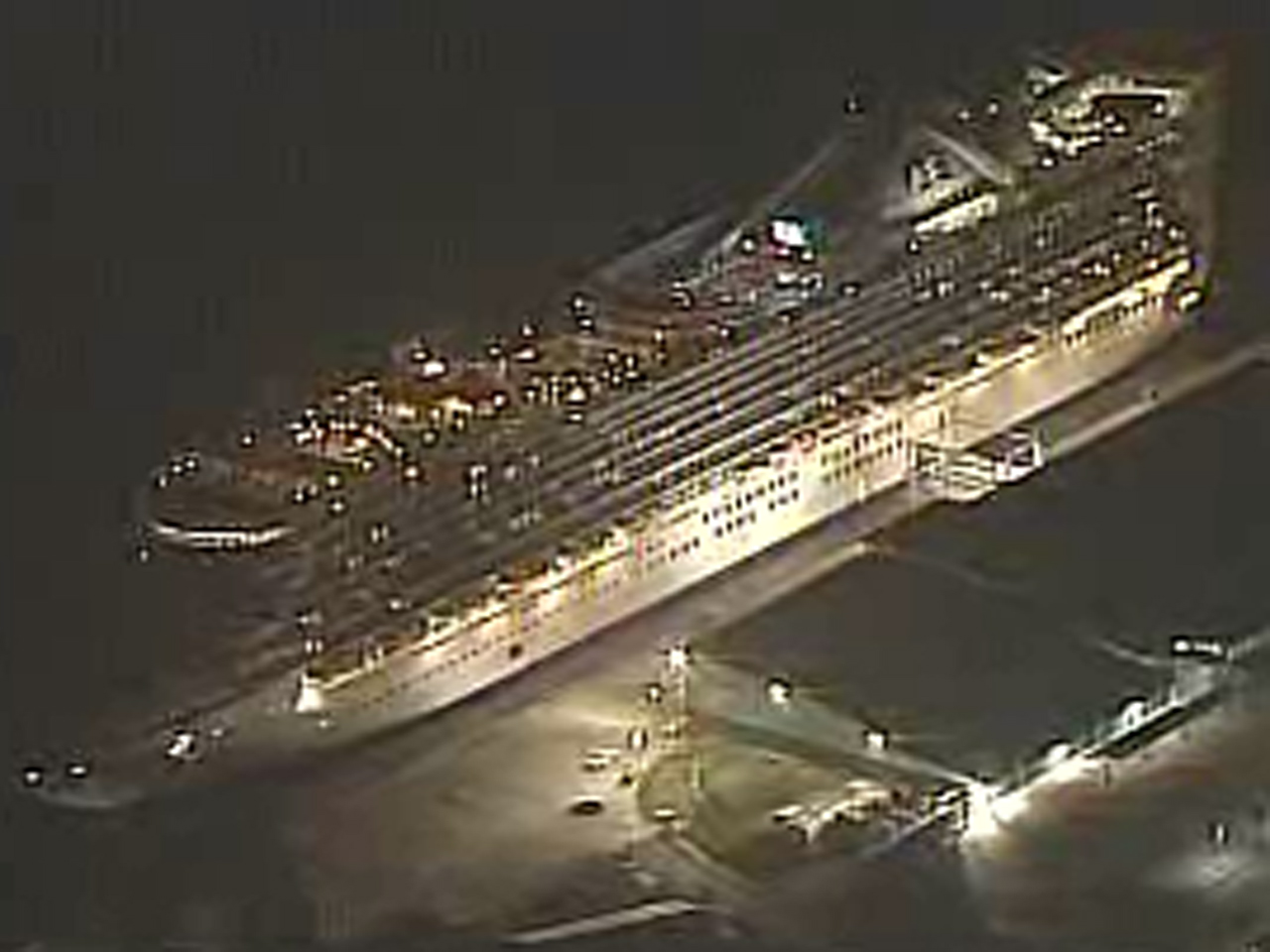 A cruise liner with 4,200 passengers and crew on board is back in port in Pasadena, Texas, outside Houston, a day early.

Princess Cruises says 165 passengers and 11 crew members on the Caribbean Princess came down with a gastrointestinal illness, and many were confirmed to have norovirus. It is highly contagious and can cause nausea, vomiting and diarrhea.

It was the second time this week a liner had to cut short a cruise due to a widespread outbreak of stomach illness.

All passengers on the Princess Caribbean were scheduled to disembark Friday morning, and workers from the federal Centers for Disease Control and Prevention were going to go onboard to make sure it's properly sanitized, according to a company statement.

But Princess Cruises said the ship returned to port "because we were informed that dense fog is expected to close the port (in Pasadena) for much of the weekend."

A company spokesperson, Julie Benson, later told CBS News, "The ship came in early to beat the closure of the port and not because of norovirus," adding that, "We have been really successful at stopping the spread of the norovirus onboard."

Benson said, "The pattern suggests the illness was brought on board by passengers."

Passenger Murray Sharkey, of Scottsdale, Ariz., who was quarantined in his room for two days, told CBS Houston affiliate KHOU-TV he's convinced Princess Cruises is downplaying the number of people who fell ill on board. "It’s just been misinformation," he said. "That’s their story and they’re sticking to it." The buffet was closed for four days, he says.

The Caribbean Princess is slated to leave on its next cruise Saturday.

It set out for what was to be a seven-day cruise to the western Caribbean on January 25. A stop in Belize had to be cancelled.

Earlier this week, another cruise liner, Royal Caribbean's Explorer of the Seas,  returned to Bayonne, N.J. after 700 passengers and crew became ill. Norovirus is suspected.

That ship was expected to depart Friday on another voyage after being sanitized.