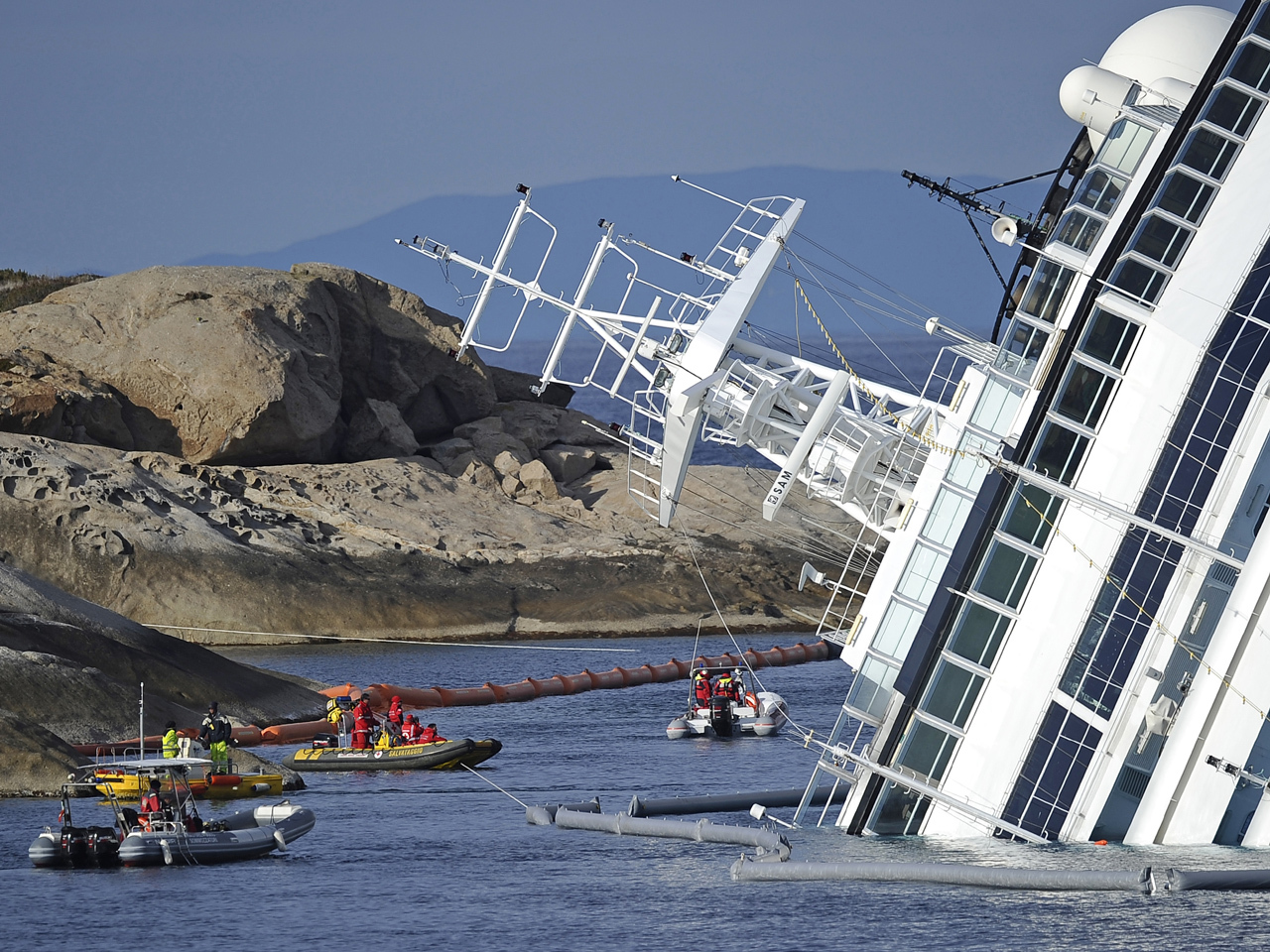 ROME - Costa Crociere SpA offered uninjured passengers euro11,000 ($14,460) apiece Friday to compensate them for lost baggage and the psychological trauma they suffered after their cruise ship ran aground and capsized off Tuscany.

But some passengers are already refusing to accept the deal, saying they can't yet put a figure on the costs of the trauma they endured.

Costa announced the offer after negotiations with consumer groups who say they are representing 3,206 passengers from 61 countries who suffered no physical harm when the massive Costa Concordia cruise ship hit a reef on Jan. 13.

In addition to the lump-sum indemnity, Costa, a unit of the world's biggest cruise operator, the Miami-based Carnival Corp., also said it would reimburse uninjured passengers the full costs of their cruise, their return travel expenses and any medical expenses they sustained after the grounding.

The deal does not apply to the hundreds of crew on the ship, many of whom have lost their jobs, the roughly 100 people who were injured in the chaotic evacuation or the families who lost loved ones. Sixteen bodies have already been recovered from the disaster and another 16 people who were on board are missing and presumed dead.

Passengers are free to pursue legal action on their own if they aren't satisfied with the deal and it was clear Friday — two weeks after the grounding — that some would.

"We're very worried about the children," said Claudia Urru of Cagliari, Sardinia, who was on board the ship with her husband and two sons aged 3 and 12. Her eldest child, she said, is seeing a psychiatrist: He won't speak about the incident or even look at television footage of the grounding.

"He's terrorized at night," she told The Associated Press. "He can't go to the bathroom alone. We're all sleeping together, except my husband, who has gone into another room because we don't all fit."

As a result, she said, her family has retained a lawyer because they don't know what the real impact — financial or otherwise — of the trauma will be. She said her family simply isn't able to make such decisions now.

"We are having a very, very hard time," she said.

Some consumer groups have already signed on as injured parties in the criminal case against the Concordia's captain, Francesco Schettino, who is accused of manslaughter, causing a shipwreck and abandoning the ship before all those aboard were evacuated. He is under house arrest.

In addition, Codacons, one of Italy's best-known consumer groups, has engaged two U.S. law firms to launch a class-action lawsuit against Costa and Carnival in Miami, claiming that it expects to get anywhere from euro125,000 ($164,000) to euro1 million ($1.3 million) per passenger.

German attorney Hans Reinhardt, who currently represents 15 Germans who survived the accident and is in talks to represent families who lost loved ones, said he is advising his clients not to take the settlement.

Instead, he, like Codacons, is working with the U.S. law firm to pursue the class-action suit in Miami.

But Roberto Corbella, who represented Costa in the negotiations, said the deal provides passengers with quick and "generous" restitution that consumer groups estimate could amount to some euro14,000 ($18,500) per passenger when it includes the other reimbursements.

"The big advantage that they have is an immediate response, no legal expenses, and they can put this whole thing behind them," he told AP.

Angry passenger Herbert Greszuk, a 62-year-old German who left behind everything he had with him, including his tuxedo, camera, jewelry, and even his dentures, told the AP before the compensation deal was announced that it was an issue of accountability.

"Something like this must not be allowed to happen again. So many people died; it's simply inexcusable," he said.

The Concordia gashed its hull on reefs off the island of Giglio after Schettino made an unauthorized deviation from its approved route to bring it closer to Giglio. Some 4,200 passengers and crew were hastily evacuated.

Search efforts for the missing resumed Friday as salvage crews set up to begin extracting some 500,000 tons of heavy fuel oil on Saturday before it leaks into the pristine waters surrounding the ship. That pumping operation is expected to last nearly a month.

Italy's civil protection office on Friday released a list of some of the other possibly toxic substances aboard the cruise liner, including 50 liters of insecticide and 41 cubic meters of lubricants, among other things.

But so far, even though some film has been detected in the waters around the ship, tests on the waters indicate nothing outside the norm, according to Tuscany's regional environment agency.

"Toxic tests have all resulted negative," the agency said.

The crystal clear seas around Giglio are a haven for scuba divers and form part of a marine sanctuary for dolphins, porpoises and whales.

Passengers have said the evacuation was chaotic, with crew members unprepared to deal with an emergency and constantly downplaying the seriousness of the situation. Coast guard data shows the captain only sounded the evacuation alarm an hour after the initial collision, well after the Concordia had listed to the point that many lifeboats couldn't be lowered.

Schettino has admitted he had taken the ship on "touristic navigation" near Giglio but has said the rocks he hit weren't charted on his nautical maps.

Codacons has called for a criminal investigation into the not-infrequent practice of "tourist navigation" — steering huge cruise ships close to shore to give passengers a view of key sites.

The chief executive of Costa, Pier Luigi Foschi, told Italian lawmakers this week that "tourist navigation" wasn't illegal, and was a "cruise product" increasingly sought out by passengers and offered by cruise lines to try to stay competitive.