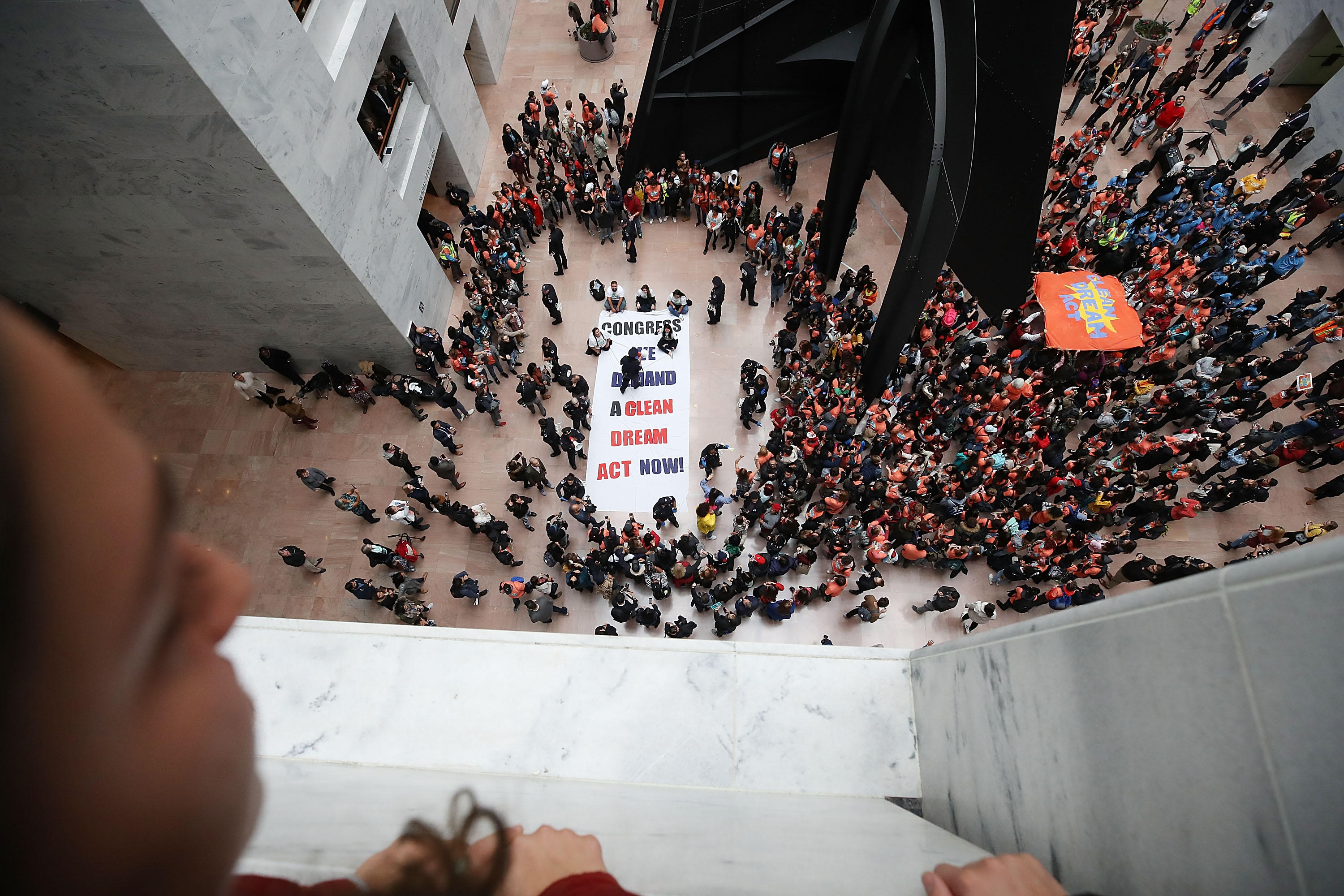 A large crowd of protesters gathered on Capitol Hill on Thursday urging lawmakers to craft legislation to help so-called "Dreamers," as Congress works to formulate new legislation to provide a permanent fix for the status of young immigrants who came to the country illegally as children, and who have been able to remain in the U.S. as part of the Deferred Action for Childhood Arrivals program.

Senator Brian Schatz, D-Hawaii, tweeted a video of the protests beginning to congregate in an atrium in the Hart Senate office building in D.C. with protesters chanting and standing around a giant sign reading, "Congress we demand a clean Dream Act now!"

A second banner unfurled from stories above as porotesters were chanted reading, "Protect immigrant youth and TPS (Temporary Protected Status) families from deportation."

Mr. Trump charged Congress with formulating a new policy within a 6-month window. A group of House Republicans said on Thursday that they are prepared to work to pass new legislation that would assist DACA recipients by the end of the year.

"No bill is going to be perfect, but inaction is just not acceptable," said Rep. Dan Newhouse, R-Washington.

He added, "I can tell you almost every single Republican agrees that it's the responsibility of Congress not the administration to make immigration law."