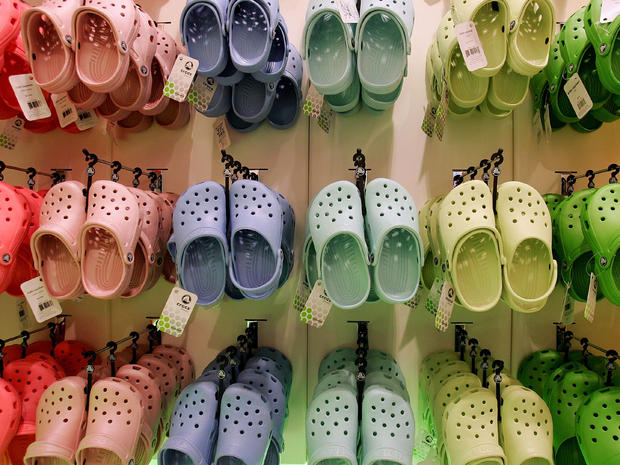 Crocs Inc. said that it's closing all of its manufacturing facilities, and announced that its chief financial officer will resign.

Crocs (CROX), based out of Niwot, Colorado, noted in a press release Tuesday that a facility in Mexico will shutter and there are plans to close one in Italy. The company said it plans to completely outsource production.

Crocs became popular among hospital and restaurant workers and others toiling on their feet all day after its 2002 launch, with annual sales soaring past $100 million before a fall from favor and experiencing a mixed road business-wise ever since.

In July, the company debuted a high-heel version of its rubberized footwear at $50 a pair. It sparked a spirited conversation online.

Shares of the company have climbed 43 percent since the beginning of the year, while the stock itself has more than doubled in the last 12 months.