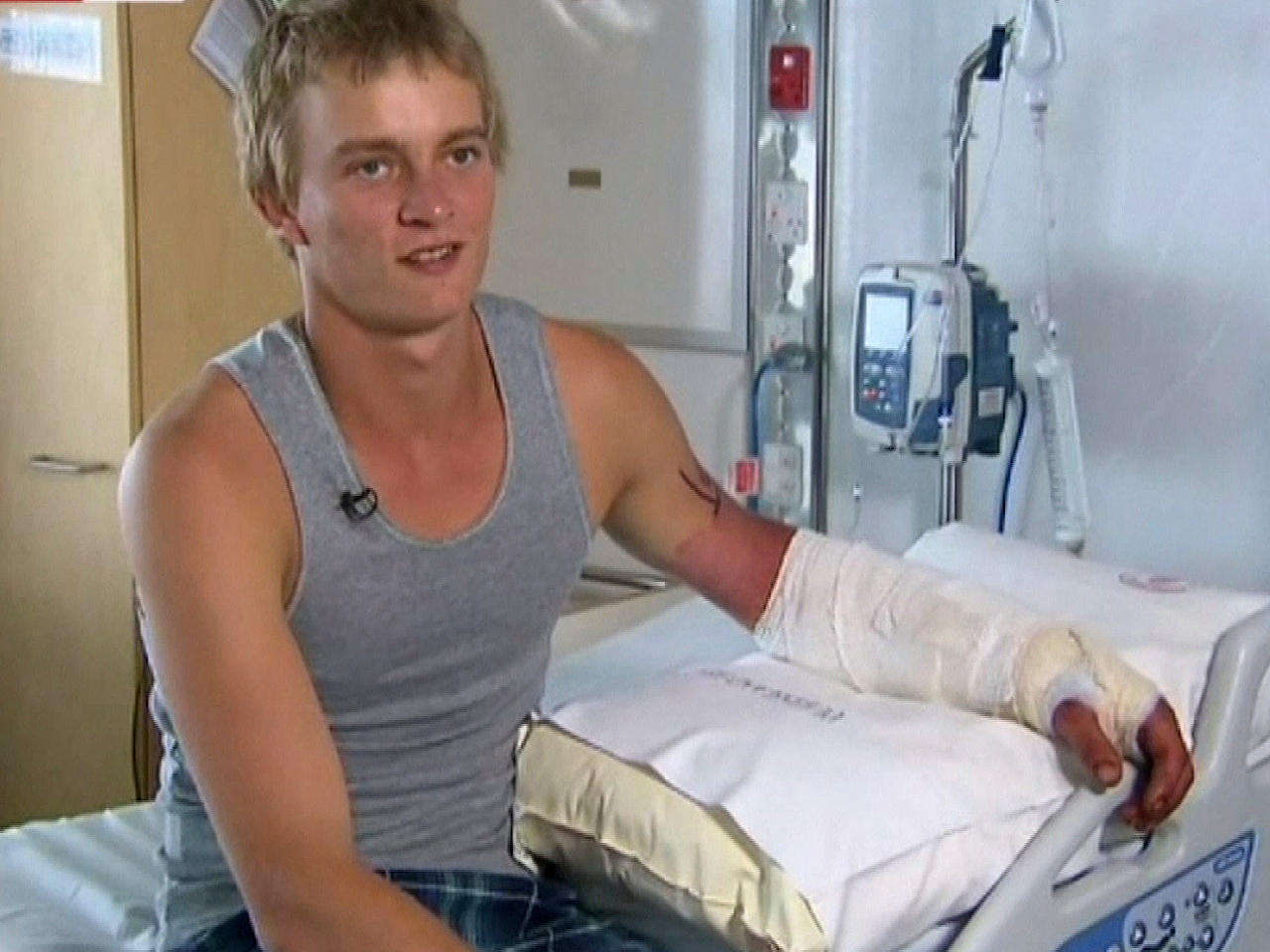 The things we do for love.

Lee De Paauw, an 18-year-old Australian, met British backpacker Sophie Paterson at a hostel in northern Queensland over the weekend.

After a few drinks, he boasted to Sophie and her friends that the local saltwater crocodile population was more inclined to take a bite out of tourists than native Aussies. Oh, how wrong he was.

Local media report that De Paauw was convinced enough of his theory that he accepted Paterson’s dare to jump into the Johnstone River in Innisfail -- a well-known habitat for the crocodiles, which can grow to 23-feet in length.

He was in the water for just seconds before the first set of reptilian teeth sunk into his flesh.

Speaking from a hospital bed on Tuesday, De Paauw said that in those first moments of the attack, he thought he was “gone for sure.”

But he wasn’t prepared to go without a fight. “At that point I punched it in the snout. My second hit, I got it straight in the eye and then it let go.”

De Paauw made it to some stairs and climbed out of the water, his left arm badly wounded.

He appears to have learned his lesson, telling a local television crew in the hospital that it was pure “stupidity” that prompted him to jump into the water.

Paterson, the subject of his poor attempt to demonstrate valor, wasn’t impressed by De Paauw’s stunt.

She has however agreed to go on a date with De Paauw.

He appears, at least, to have won another chance to impress her. Hopefully he won’t try quite so hard the second time.