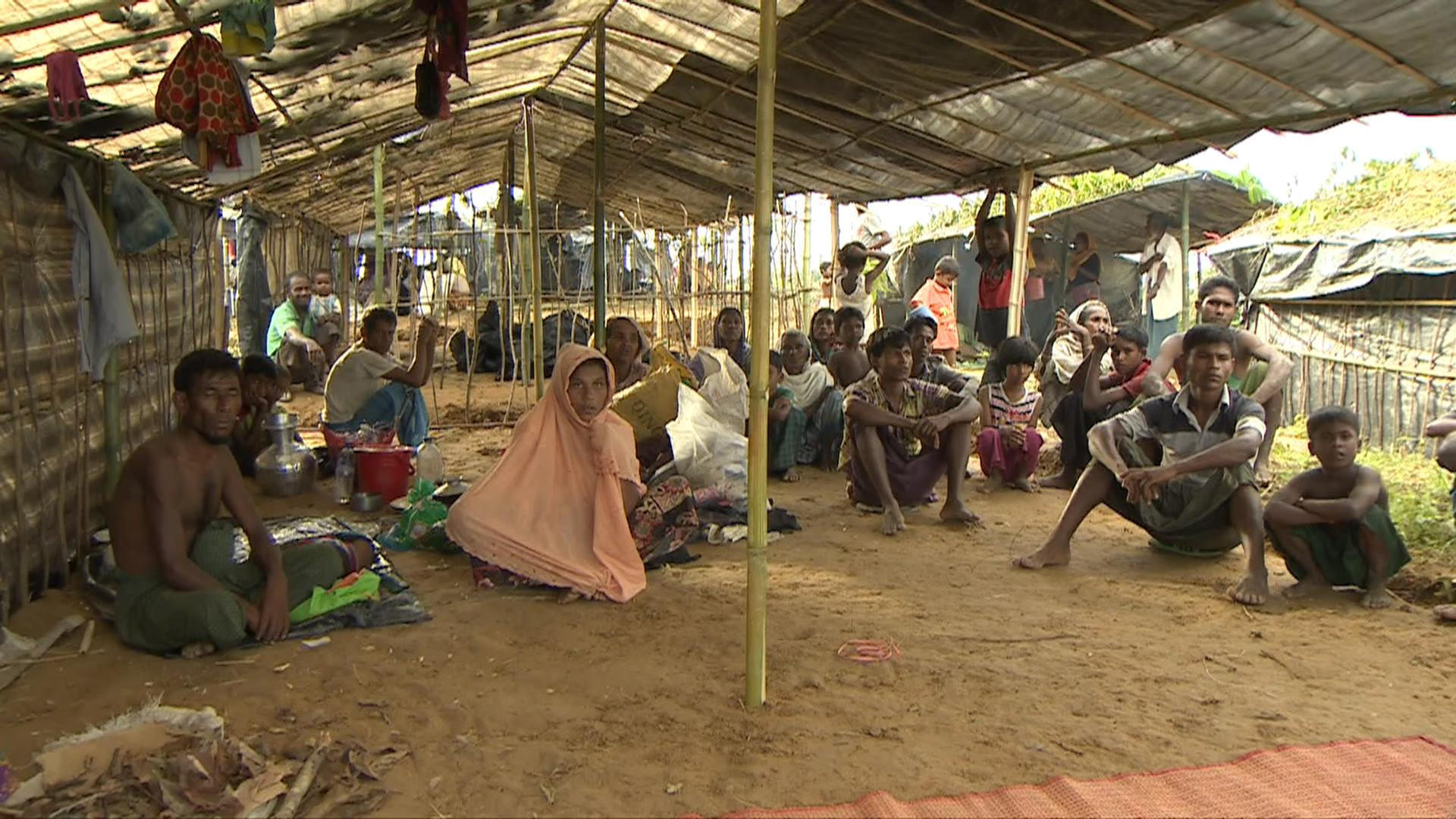 COX'S BAZAR, Bangladesh -- More than half a million Rohingya Muslims fled their homes in Burma after Burmese soldiers attacked and burned their villages last year. They fled here, to Cox's Bazar in neighboring Bangladesh, establishing a refugee camp that has grown to be the largest in the world.

Diseases like cholera and diphtheria have swept through the camp. The Bangladesh government refuses to issue any birth certificates to Rohingya babies born into the camp, so officially they don't exist. But without a national identity card, the refugees' misery is only made worse.

BBC News first met one mother, Roshida Suffayt, the day she escaped from Myanmar while she was nine months pregnant. She explained how the Myanmar army and local Buddhists had attacked her village.

"They came at 2 in the morning. They set fire to our houses and started shooting. That's when we fled. I walked for seven days to get help. We had to escape," Suffayt said.

But their troubles were far from over, as guards moved her and her family on. They were told there was land over the hill, but there was not enough for everyone.

Roshida's husband tried to stake out a plot of land but was driven off by other refugees. Her family was forced to sleep in the open, despite heavy rain. Finally they found space to build a rickety shack. Suffayt's son Mohamed was born on the soggy mud floor.

"He was born right here," she said. "There was no midwife, no medicine, no mat, no wood to light a fire. It was so painful. That's how my baby came into this world."

An estimated that 25,000 babies will be born in the camps in 2018. The truth is very few refugees are likely to return to Myanmar anytime soon. So like Suffayt, they'll continue to eek out an existence in Bangladesh -- stateless, with just a shack for a home, denied even the dignity of an official identity.