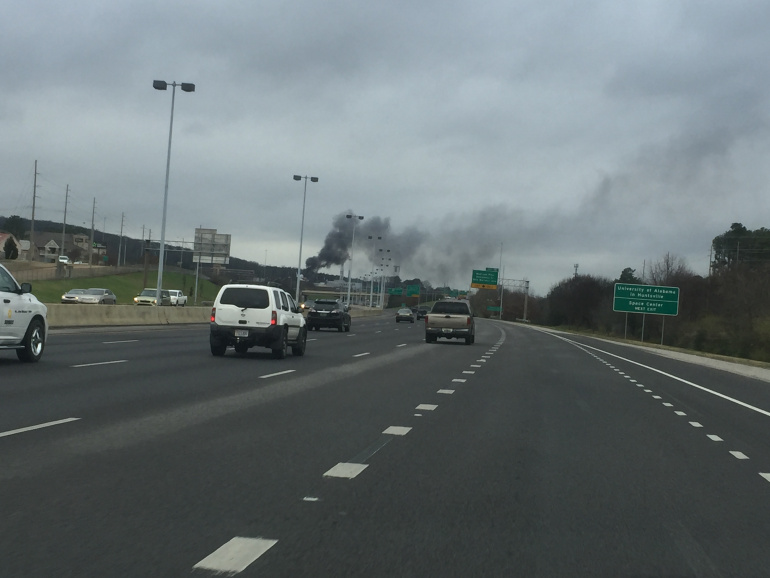 HUNTSVILLE, Ala. - An emergency crew responded to fire calls at the U.S. Space and Rocket Center in Huntsville, Alabama, on Saturday, reports CBS affiliate WHNT.

Flames could be seen at a building near the display shuttle. Heavy smoke could be seen from I-565. The fire is now under control.

USSRC spokesman Tim Hall tells WHNT the building is a Mars simulation building that was set to be renovated in the coming years.

"The building that caught fire is an old Mission to Mars building. It has not been used probably in 10 to 12 years," said Hall. "No one has been inside that building for a number of years. It was scheduled for some renovation sometime in the near future."

Hall said the building has been unused for quite some time. Although it is a busy day at the tourist attraction, no one would have been inside or immediately near the building, WHNT reports.

Captain Frank McKenzie with Huntsville Fire and Rescue told WHNT that the call came in at 2:23 p.m. Saturday. There were no injuries reported and as far as they could tell, no one was inside the building, according to authorities.

Capt. McKenzie said no other buildings were damaged.

The U.S. Space and Rocket Center (USSRC) is the largest spaceflight museum in the world.

The cause for the fire is not yet clear.