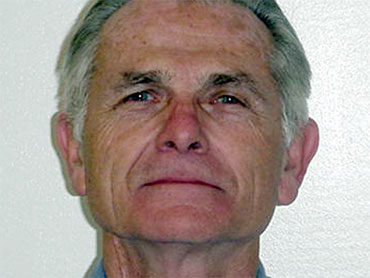 It's an odd medical meeting that features Rogers & Hammerstein and brilliantly colored paintings rather than, say, X-rays. What does belting out "Oklahoma" or putting oil to canvas have to do with brain health?

Perhaps a lot, when the singers are active 70- and 80-year-olds and the painters are in the throes of dementia. Creativity, some scientists say, may play an important role in healthy aging -- conversely, the ill can shed extraordinary light on just how the brain perceives art.

"Even though our brains age, it doesn't diminish our ability to create," says Dr. Bruce Miller, a behavioral neurologist at the University of California, San Francisco.

The big question, as arts projects become more common in retirement and nursing homes, is whether tapping elders' creativity truly brings them physical health benefits as well as joy. And if so, what works best?

The National Institute on Aging and Society for the Arts in Healthcare brought scientists and artists together last month to galvanize interest in research on creativity to find out.

Mental decline once was thought inevitable with aging. Scientists now know that's not true, and the brain continually rewires and adapts itself even in old age.

Even dementia "doesn't wipe out all aspects of creativity," says Miller. Indeed, some forms release astounding abilities to draw by people who never before did so, providing important clues to where the brain houses creative abilities.

Take Jack, a businessman who claimed he'd never even been in an art museum. About the time he noticed problems speaking, he also began compulsively painting canvases full of brightly colored lines.

His painting improved - he even won awards - as the language center of his brain decayed. By the time he painted a stunningly vivid purple and yellow portrait of a parrot, "He no longer knew what a bird was," recalls Miller.

Jack had an illness often confused with Alzheimer's called "frontotemporal dementia." It initially spares the parietal lobes important for visual artistry even as it destroys other regions crucial for verbal skills, Miller explains.

So illness can affect creativity - but how does being creative affect healthy elders? Consider the show tune-belting Senior Singers Chorale, who are part of an unusual four-year study.

Dr. Gene Cohen of George Washington University is tracking the Arlington, Va.-based chorus and similar arts programs for independent seniors in New York and San Francisco. His theory is that the challenge of learning from professionals - "we're way beyond bingo" - improves mental, and possibly physical, health.

The singers' average age is 80; the youngest is 65 and the oldest 96. Some have even shown up for weekly rehearsal grieving a spouse's death, and "afterward they say, `I feel better,"' said chorus director Jeanne Kelly of the Levine School of Music. "It's emotionally really good for them."

Final study results are due next year, but preliminary data suggest participants get more than support: Compared with their elderly neighbors, they suffer less depression, make about three fewer doctor visits a year, take two fewer medications and have increased their other activities.

"We all probably could have told him that to begin with," laughs Betty Gail Elliott, 73, who joined the chorus with her 84-year-old sister. "When you have interesting things to do, you tend to be more outgoing and have a more positive attitude, and therefore you are more healthy."

In a poem to Cohen and Kelly, she wrote: "Our eyes may be dimmer than they were, our hearing may not be too hot. But friends, you just better believe we make the most of what we've got."

Taken together, research like Miller's and Cohen's could help arts groups better select projects to offer to different groups of elders.

It even could influence what art decorates their walls: Older people won't see blues as well as reds. The eye's light-sensing abilities change with normal aging, says University of California, Los Angeles, neuroscientist Dahlia Zaidel, who flips through masterpieces by an aging Renoir to show the color-perception changes hit just about everyone.