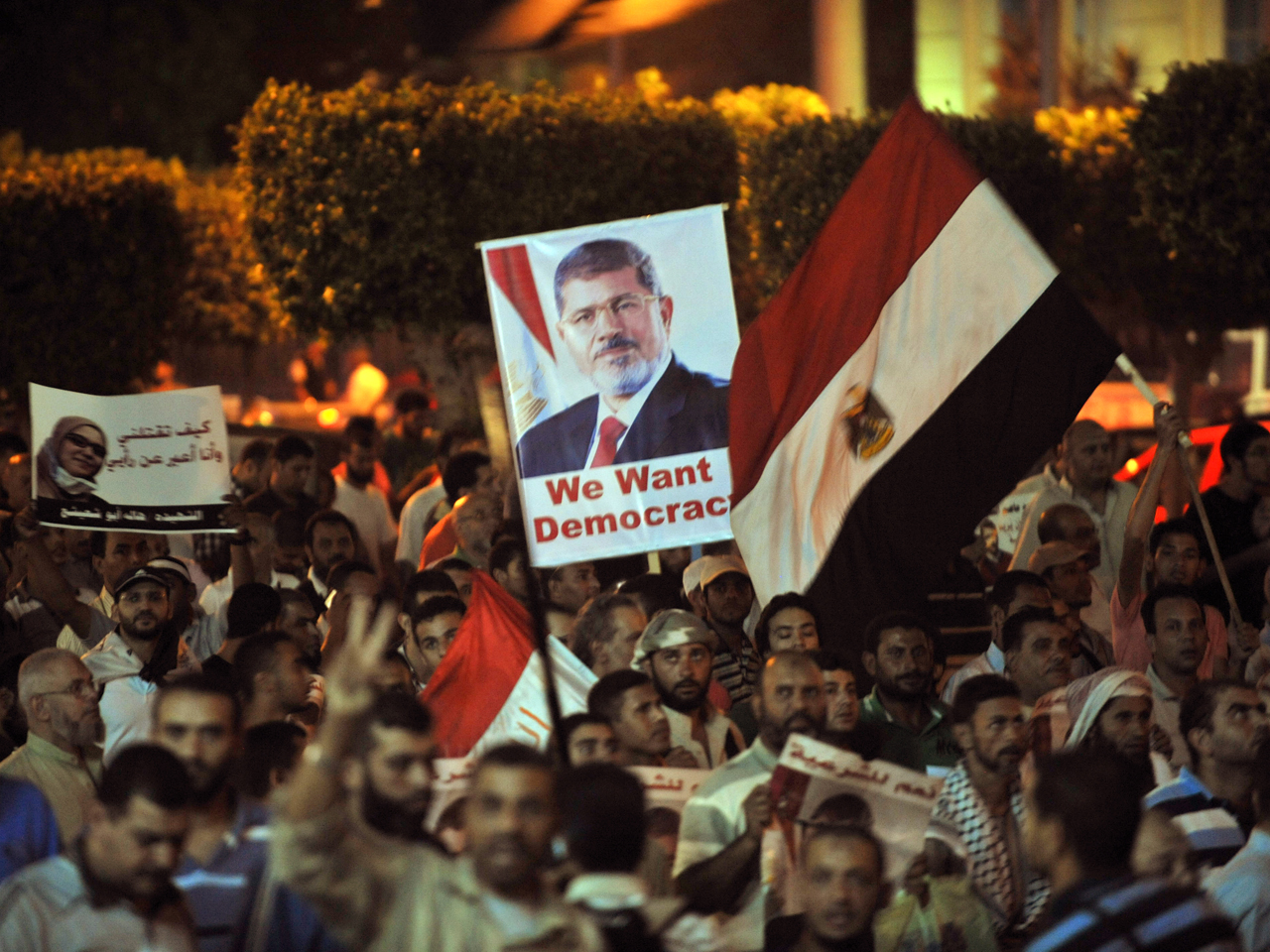 CAIRO Egypt's military-backed government has ordered the police to break up the sit-in protests by supporters of ousted President Mohammed Morsi, saying they pose an "unacceptable threat" to national security.

Information Minister Dorreya Sharaf el-Din said in a televised statement Wednesday that the police are to end the demonstrations "within the law and the constitution."

The comments signal a move to break up the two main pro-Morsi protests — one outside a mosque in eastern Cairo and another outside the main Cairo University camps — was imminent.

Clashes between those in the pro-Morsi camps and Egyptian security services left scores dead over the weekend. CBS News correspondent Clarissa Ward reported the potential breakup of the sit-ins has sparked fears of similar such violence.

In addition to the break up of the sit-in protests, Egyptian prosecutors have referred three top leaders of the Muslim Brotherhood, including the group's fugitive spiritual leader, to trial for allegedly inciting the killing of protesters last month.

The three referred to trial are Mohammed Badie, the group's leader who is on the run, his powerful deputy Khairat el-Shater and senior leader Rashad Bayoumi.

They are accused of inciting the killing of at least eight protesters outside the Cairo headquarters of the group.

Morsi was overthrown by the military on July 3 after mass rallies calling for his ouster.

Late Monday night, the European Union's top diplomat, Catherine Ashton, was taken to a secret facility where Morsi is being held.

In a press conference Tuesday, Ashton gave remarkably few details about her meeting. She said that the two of them had a "frank" and "friendly" open discussion that lasted about two hours.

Ashton also said the ousted leader had access to television and newspapers and that he was aware of events in Cairo, but would not give more details about what exactly Morsi said.

Last week, millions of Egyptians took to the streets to give military chief Gen. Abdel-Fattah el-Sissi a mandate to deal with violence and "potential terrorism."

The U.S. government is having difficulty getting a full, clear picture of the situation in Cairo, but Secretary of State John Kerry, Defense Secretary Chuck Hagel and other officials in the administration are all reaching out regularly to their Egyptian counterparts to press the importance of negotiating with the Muslim Brotherhood.

CBS News has recently learned that President Barack Obama is sending Sen. Lindsey Graham (R-S.C.) and Sen. John McCain (R-Ariz.) to Cairo next week to further emphasize the message and try to convey to the military the importance of handing over control to a civilian government as soon as possible.