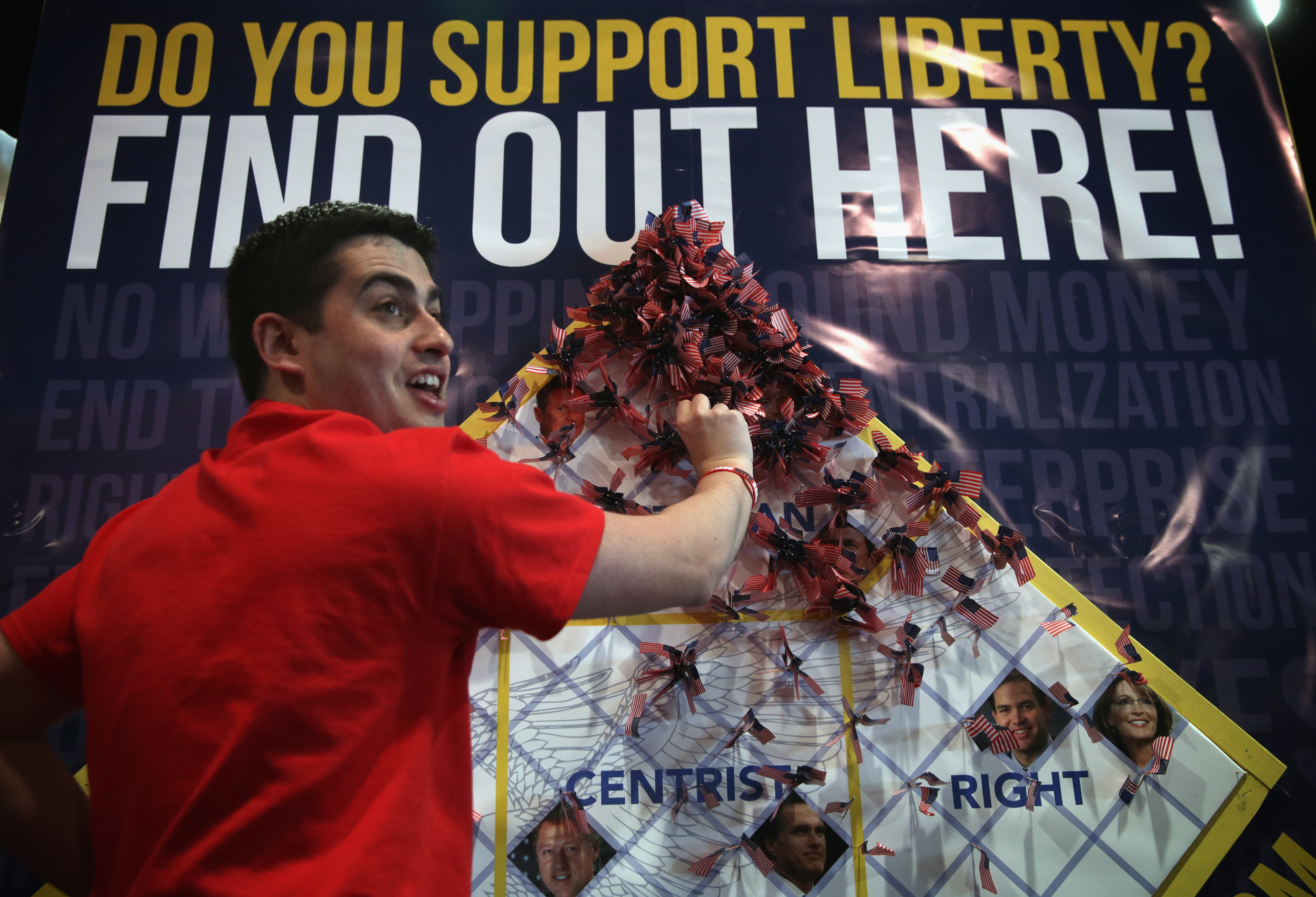 Kentucky Sen. Rand Paul won over CPAC's right-wing activists for the third year in a row with more than a quarter of the votes.

"Since President Ronald Reagan, the Conservative Political Action Conference has been the gold standard on where conservatives stand," Paul said after the announcement of his victory. "The constitutional conservatives of our party have spoken in a loud and clear voice today. I plan on doing my part, and I hope you will join me as I continue to make the GOP a bigger, better and bolder party."

The conference, held by the American Conservative Union (ACU), chose Wisconsin Gov. Scott Walker as the second place winner, with the 2016 GOP hopeful raking in 21.4 percent.

The poll results are the final culmination of a Maryland weekend loaded with heated speeches and the occasional conservative talk show host grilling. The invited speakers treat it as a testing ground for their 2016 messaging: Walker pitched his executive experience as foreign policy competence, Bush answered for his record on immigration and education reform, and everyone bashed presumptive Democratic presidential nominee Hillary Clinton.

It's the straw poll that launches a thousand spinoffs: attendees at CPAC spawn a drove of Twitter polls, official flash polls, even satirical troll polls. And the survey looms so large in the conservative imagination that veteran strategists have deemed it the "starting gun of the Republican primary campaign."

But while dispatches with the "Oxon Hill, Md." dateline overran Washington media outlets during the last few days, the confab's popularity obscures its actual predictive accuracy.

"The track record of CPAC straw polls in predicting the Republican nominee is not a good one," American University political science professor Richard Benedetto told CBS News. "History shows us this starting in the 1980s. "

The polling data underscores this. According to a National Journal report, in 41 years of the poll's existence, only three presidential nominees have been winners of the survey. The winners in years past are typically a reflection of grassroots activism, with Paul leading the GOP pack in 2013 and 2014, rather than overall Republican sentiment.

Still, the ACU, which flashily advertises their headliners using adaptations of Avengers posters (complete with "Conservatives Assemble" tagline), gains a lot of press coverage from CPAC.

"First, the CPAC straw poll is a reflection of a candidate's ability to organize," Ian Walters, ACU's communications director, told CBS News. "On top of that, they have to be able to come here to this event and be able to connect with conservatives -- and the grassroots conservative movement."

The ACU bills itself as the "oldest and largest grassroots conservative organization in the nation," according to their website. And their reputation precedes them -- CPAC is indeed an activist stronghold and a bastion for grassroots campaigning.

But political experts say that it's not really a true representation of the Republican Party's demographics, nor does it actually reflect the voters who take part in the early primaries of presidential years.