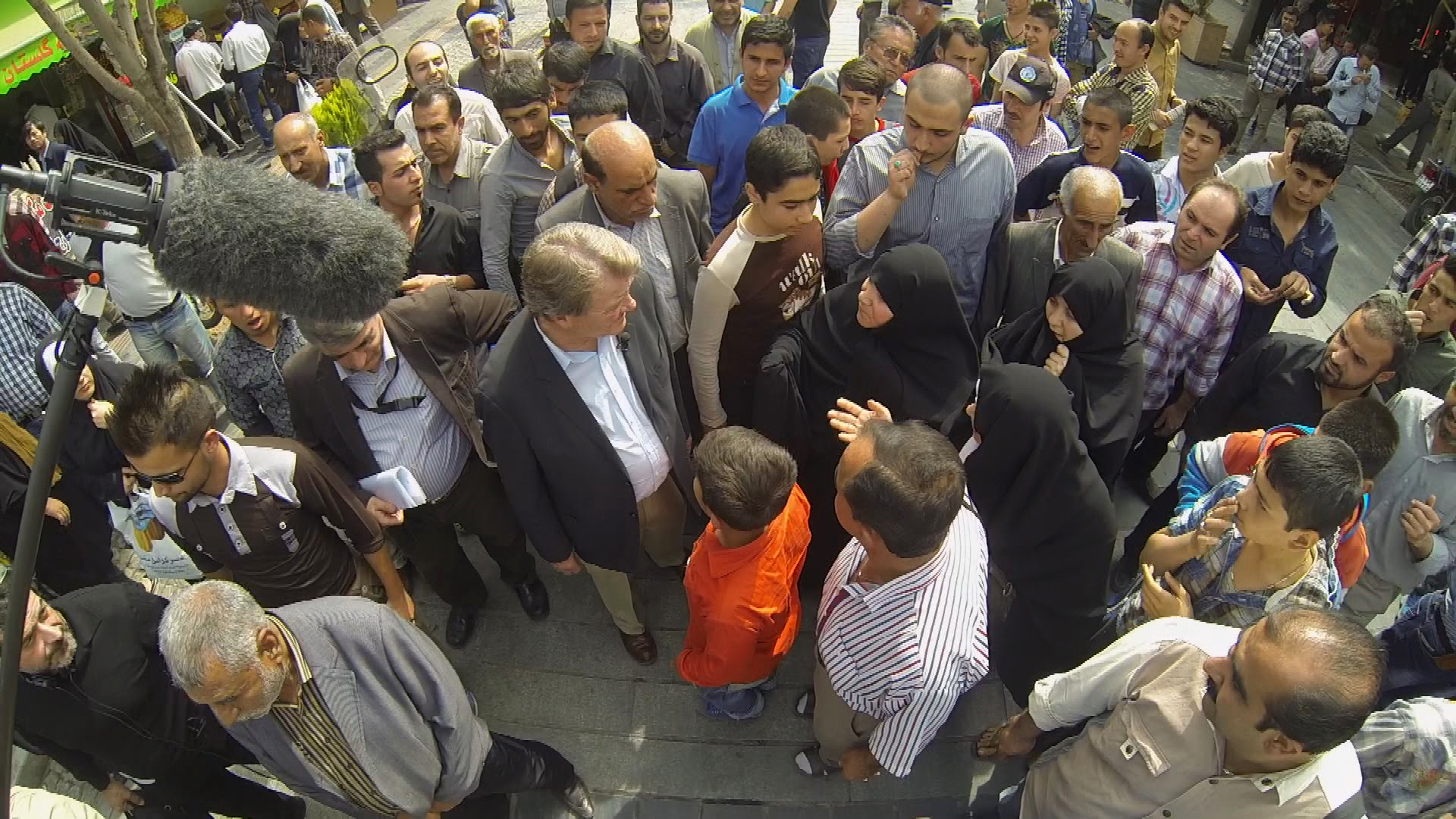 Iran is a country few Western journalists gain access to, much less unfettered access. But for eight days in April 2014, 60 Minutes correspondent Steve Kroft and his team were allowed to roam free, interviewing Iranians on how they felt about their country, its budding negotiations with the West, and its relatively new president, Hassan Rouhani.

60 Minutes producer Michael Karzis said it took almost two years of negotiating with Iranian officials before he and his team were granted visas and allowed to visit Iran. "They gave us an eight-day visa and said, 'You can go anywhere and talk to anybody,'" he said. "There were no restrictions."

Rather than pursue an interview with Rouhani himself, which would have precluded other interviews, the team focused on engaging with regular Iranians -- merchants, musicians, students, moms, dads and kids. When Steve Kroft walked the streets with a camera crew, he was swarmed by people eager to tell their stories and, in some cases, to rail against American foreign policy.

"Most of these people hadn't seen American journalists in more than 30 years," Kroft told Overtime Editor Ann Silvio. "I think that they really wanted to talk. It wasn't hostile."

This month, the same team got to approach Iran from another vantage, when President Rouhani himself agreed to sit down with 60 Minutes. The interview, which airs Sunday, was Rouhani's first with a Western news outlet since July's historic nuclear deal.

"Most of these people hadn't seen American journalists in more than 30 years. I think that they really wanted to talk. It wasn't hostile."

Because the team had spent years building relationships with contacts in Iran for the previous story, approval for this one came quickly. "It wasn't as difficult," Karzis said. "I think our request skipped a couple of rungs on the ladder."

Kroft and his team weren't able to interview average Iranians on this trip, but Karzis said those they encountered in passing were mostly optimistic, particularly about how their lives might improve once sanctions were lifted. "It was generally very positive," he said, "and very hopeful."