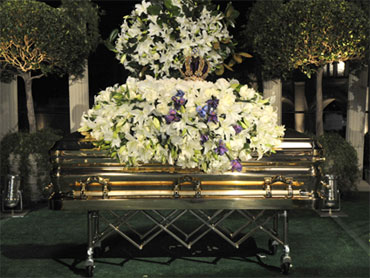 A three-year-old federal law that makes it a crime to falsely claim to have received a medal from the U.S. military is unconstitutional, an appeals court panel in California ruled Tuesday.

The decision involves the case of Xavier Alvarez of Pomona, Calif., a water district board member who said at a public meeting in 2007 that he was a retired Marine who received the Medal of Honor, the nation's highest military decoration.

Alvarez was indicted in 2007. He pleaded guilty on condition that he be allowed to appeal on First Amendment grounds. He was sentenced under the Stolen Valor Act to more than 400 hours of community service at a veterans hospital and fined $5,000.

A panel of the 9th U.S. Circuit Court of Appeals sided with him in a 2-1 decision Tuesday, agreeing that the law was a violation of his free-speech rights. The majority said there's no evidence that such lies harm anybody, and there's no compelling reason for the government to ban such lies.

The dissenting justice insisted that the majority refused to follow clear Supreme Court precedent that false statements of fact are not entitled to First Amendment protection.

The act revised and toughened a law that forbids anyone to wear a military medal that wasn't earned. The measure sailed through Congress in late 2006, receiving unanimous approval in the Senate.

Dozens of people have been arrested under the law at a time when veterans coming home from wars in Afghanistan and Iraq are being embraced as heroes. Many of the cases involve men who simply got caught living a lie without profiting from it. Almost all the impostors have been ordered to perform community service.

The U.S. Attorney's Office in Los Angeles said it was deciding whether to appeal Tuesday's ruling.