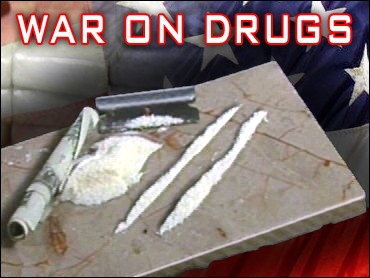 The Supreme Court ruled Tuesday that government agencies can use aggressive eviction policies to get rid of drug users in public housing.

Justices, without dissent, said they had no problem with a law that allows entire families to be evicted from public housing for the drug use by one member.

The losers were four elderly California tenants who received eviction notices. They challenged the zero-tolerance policy for drugs in federally subsidized housing and won in lower courts.

Justices dismissed the tenants' arguments that they should be allowed to avoid eviction by showing that they were unaware of wrongdoing.

Chief Justice William H. Rehnquist wrote that the government, as a landlord, can control activities of its tenants. He said the "one-strike" law, passed in 1988 amid complaints about crime in public housing, was Congress' response to drug problems.

The ruling affects anyone who lives in public housing. Senior citizens groups argued that the elderly would be hurt the most. More than 1.7 million families headed by people over age 61 live in government-subsidized housing.

"It is not absurd that a local housing authority may sometimes evict a tenant who had no knowledge of drug-related activity," Rehnquist wrote.

He said that even if tenants were unaware of the drug use, they could still be held responsible for not controlling narcotics crime of family members.

The residents in this case were from Oakland, Calif., but public housing groups nationwide have followed the case. Similar lawsuits are pending in other courts.

Justice Stephen Breyer did not take part in the ruling.