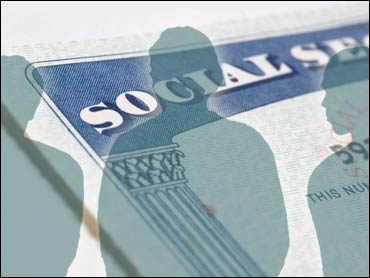 The Supreme Court agreed Monday to decide whether people picked up on immigration violations also can face charges of identity theft if they use Social Security and other identification numbers that belong to others.

Federal appeals courts have split over whether the defendant must know that the phony ID numbers belong to a real person and the court said it will resolve the question.

Federal prosecutors have increasingly been bringing the more serious identity theft charges against undocumented immigrants, including many who were arrested in raids on meatpacking plants.

Defense lawyers have argued that their clients should not be charged with stealing someone else's identity because the immigrants only were seeking documentation that would allow them to work. They didn't know if the numbers were fictitious or belonged to someone else, their lawyers say.

The Bush administration, however, has said that it doesn't matter under federal law.

CBS News legal analyst Andrew Cohen says no matter what the Justices decide, this trend toward charging undocumented immigrants with identity theft is here to stay.

"And if the Court says that current law restricts what prosecutors can do, then Congress can simply change the law to make such charges easier to prove.

This issue is not going to go away no matter what the Justices decide. And if this weren't an election year it's likely that Congress would be voting on how to give prosecutors more leeway to go after undocumented immigrants for identity theft charges,'' said Cohen.

The 8th U.S. Circuit Court of Appeals, based in St. Louis, agreed with the administration and upheld the conviction of Ignacio Carlos Flores-Figueroa.

Flores-Figueroa, a Mexican national, worked at a steel plant in East Moline, Ill., since 2000. Originally, he worked there under an assumed name, and false Social Security and alien registration numbers. In 2006, he told his employer he wanted to be known by his real name and submitted new identification documents.

This time, though, the Social Security number belonged to someone else, and his green card number was that of yet another person. Suspicious, the employer contacted immigration authorities, who arrested Flores-Figueroa.

The five-count indictment against him included two counts of aggravated identity theft.

Federal appeals courts based in Atlanta and Richmond also have ruled in the government's favor in similar cases, while the appeals court in Washington, D.C., has sided with defendants.