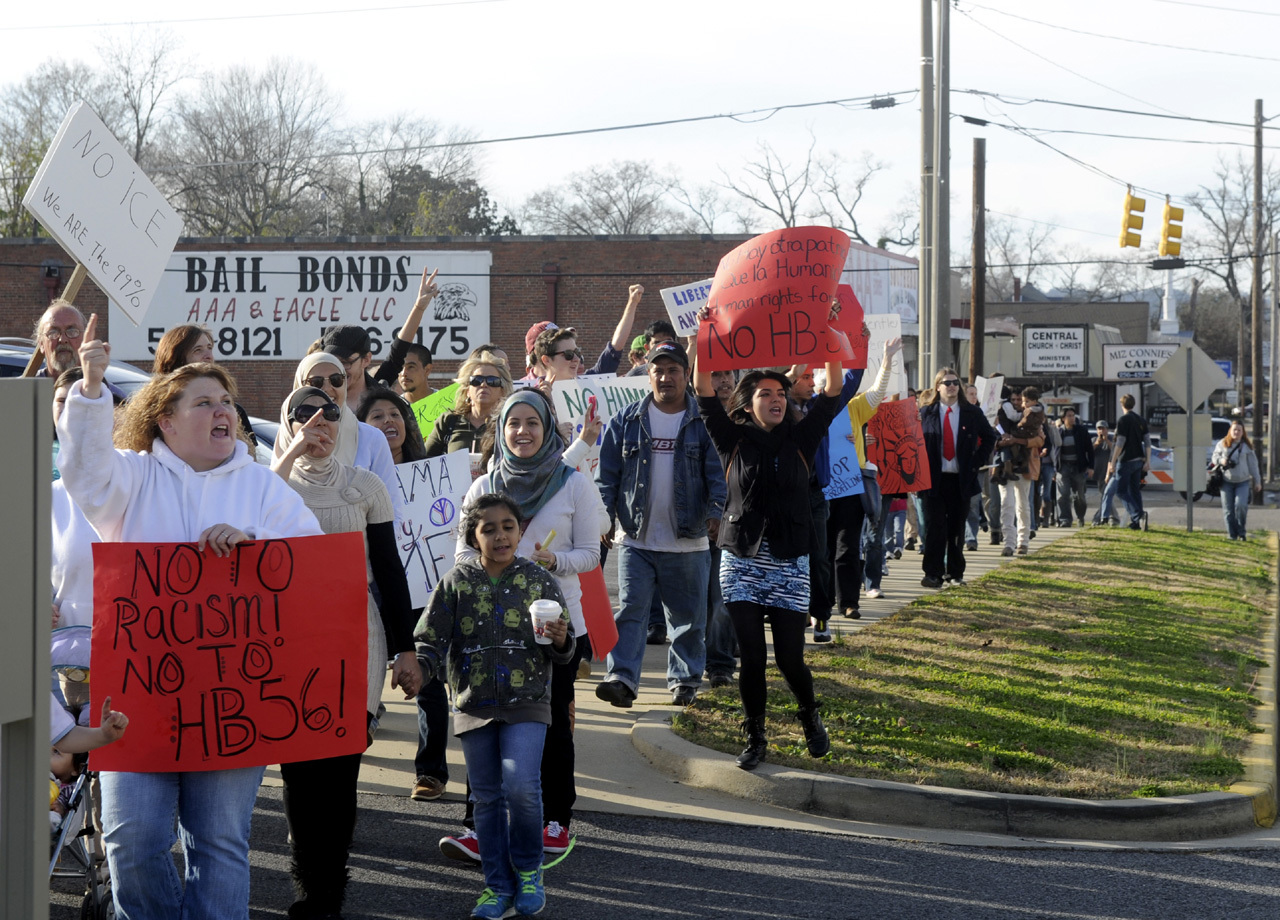 The 11th U.S. Circuit Court of Appeals issued an order temporarily halting a section that says courts can't enforce contracts involving illegal immigrants and another that makes it a felony for an illegal immigrant to do business with the state.

The law adopted last year was challenged by both the federal government and a coalition of activist groups. A three-judge panel of the 11th Circuit heard arguments last week but said it won't rule on the overall case until the U.S. Supreme Court decides a federal challenge to a similar law in Arizona. The appeals court is also weighing Georgia's law.

Lawyers in the Alabama case had asked the court to at least temporarily stop the two sections and others, claiming they were causing harm to people in the state.

"We are very pleased that the Eleventh Circuit understood the harms these provisions were causing in Alabama, and saw fit to enjoin them," said the Southern Poverty Law Center's Sam Brooke, who argued before the panel last week. "This is a great day for the residents of our state."

"I will continue to vigorously defend Alabama's immigration law in the courts," he said. "I am hopeful that the Supreme Court's coming decision in the Arizona case will make clear that our law is constitutional."

In October, the appeals court temporarily blocked other parts of the law, including a requirement for schools to check students' immigration status.

Sections still in effect include one that requires a law enforcement officer to determine the citizenship and legal status of a person stopped or arrested if the officer has a "reasonable suspicion" that he person is in the country illegally.

Lawyers in the Georgia case did not ask for immediate action because the parts of that state's law that they believe are most harmful were blocked by a federal judge in June.

After Arizona adopted its tough law in 2010, five other states — Alabama, Georgia, Indiana, South Carolina and Utah — adopted variations on it last year, with Alabama's widely considered the toughest in the nation. All five laws have been challenged by coalitions of civil rights and immigrant rights groups, and the federal government has sued to block those in Alabama, South Carolina and Utah.

Opponents of the measures argue such laws lead to discrimination and racial profiling, and they say immigration is a federal issue that shouldn't be governed by a patchwork of state laws. Supporters say states have been forced to protect their resources because the federal government hasn't done enough to quell the influx of illegal immigrants.