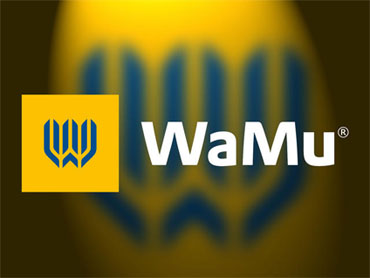 WILMINGTON, Del. - After a contentious legal battle and more than three years in bankruptcy, Washington Mutual Inc. on Friday won court approval of a reorganization plan.

"It took three and a half years, but I think the result is remarkable and well worth it," said Judge Mary Walrath, who had twice rejected reorganization plans filed by Washington Mutual before giving her blessing to a revised plan Washington Mutual submitted in December.

"I'm happy to confirm this plan," the judge added. "I thank all the parties for not giving up."

As with its earlier proposals, Washington Mutual's plan is based on WMI, JPMorgan Chase and the Federal Deposit Insurance Corp. settling lawsuits they filed against one another after the collapse of Seattle-based Washington Mutual Bank in 2008 and the sale of its assets to JPMorgan Chase & Co. for $1.9 billion. It was the largest bank failure in U.S. history.

The plan calls for some $7 billion to be distributed to creditors and includes significant recoveries for shareholders, who often are left with nothing in bankruptcy cases.

In denying a previous WaMu plan in September, Walrath granted permission to the official committee of equity holders to pursue claims that hedge funds supporting the plan had engaged in insider trading based on information obtained during the bankruptcy.

Walrath agreed with Edgar Sargent, an attorney for the equity committee, that individual shareholders had played an extraordinary role in the case.

"I have never seen a case where the shareholders had been so active and so interested in what is going on, and what their rights are and how they can protect them," she said.

Having satisfied stockholders with the December revisions to its plan, Washington Mutual cleared away the final significant obstacle on Thursday, when it reached an agreement with a group of dissident creditors who had voted against the plan, which received overwhelming support from other creditor classes.

The dissident creditors held certain WaMu securities that were converted into preferred stock when regulators seized WMI's flagship bank and sold its assets to JPMorgan Chase. Facing far less chance of obtaining recoveries as stockholders rather than debt holders, only 62 percent of them voted for the plan, short of the required two-thirds majority. That raised questions as to whether Walrath could approve it.

But in return for rescinding their "no" votes and agreeing to support the plan, the securities investors will receive $18 million from JPMorgan and will be allowed a general unsecured claim of about $618,000. They also will be allowed to seek reimbursement of up to $15 million in legal fees without opposition from Washington Mutual or its official committee of unsecured creditors.

In approving Washington Mutual's plan, Walrath agreed to strike language in her September ruling that referred to the insider trading allegations against the hedge funds, a condition the hedge funds had demanded in the December settlement that paved the way for the plan.

While denying Washington Mutual's previous plans in January 2011 and again in September, Walrath ruled that the global settlement agreement among WMI, JPMorgan and the FDIC that was the foundation for the entire reorganization effort was fair and reasonable. She reiterated that finding on Friday, saying the agreement resolved "very thorny" issues that could have taken years to litigate.