(CBS)
Colonized by English settlers from Saint Kitts in 1650, Anguilla was administered by Great Britain until the early 19th century, when the island - against the wishes of the inhabitants - was incorporated into a single British dependency, along with Saint Kitts and Nevis. Several attempts at separation failed.

In 1971, two years after a revolt, Anguilla was finally allowed to secede; this arrangement was formally recognized in 1980, with Anguilla becoming a separate British dependency.

It consists of the main island of Anguilla itself, approximately 26 km (16 miles) long by 5 km (3 miles) wide at its widest point, together with a number of much smaller islands and cays with no permanent population.

The island's capital is The Valley. 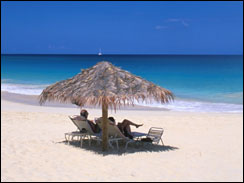 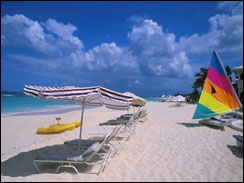