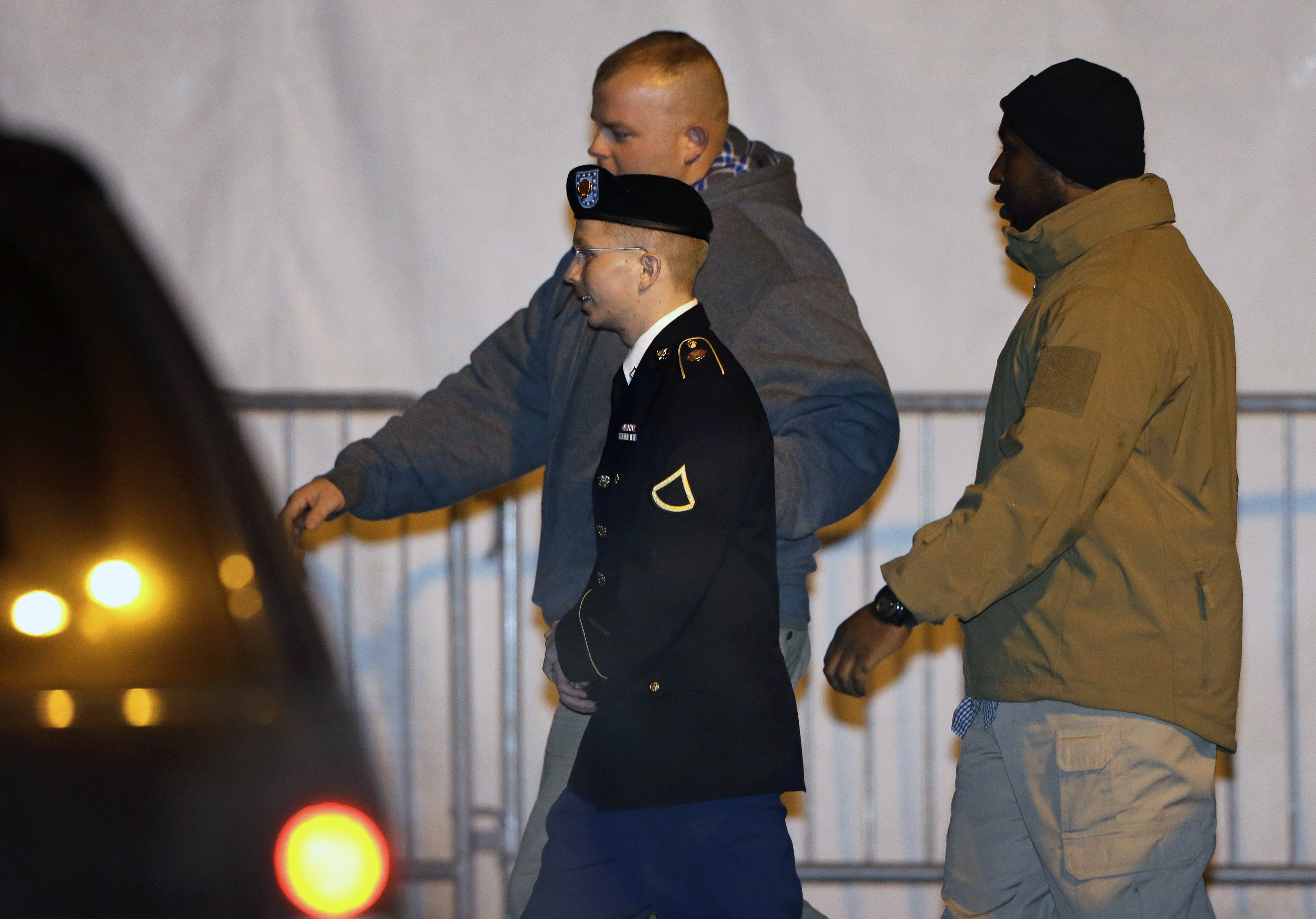 FORT MEADE, Md. An Army private charged with sending U.S secrets to the website WikiLeaks had a history of suicidal thoughts and aloof behavior that outweighed a psychiatrist's opinion that he was no risk to intentionally hurt himself, a former counselor testified Sunday.

Army Staff Sgt. Ryan Jordan testified on the sixth day of a pretrial hearing for Pfc. Bradley Manning at Fort Meade, near Baltimore. The hearing is to determine whether Manning's nine months in pretrial confinement at the Marine Corps brig in Quantico, Va., were so punishing that the judge should dismiss all charges. The 24-year-old intelligence analyst is accused of sending hundreds of thousands of classified documents to the secret-spilling website in 2009 and 2010.

Jordan, a former counselor at Quantico, sat on a board that recommended to the brig commander in January 2011 that Manning remain in maximum custody and on injury-prevention status — conditions that kept him confined to his cell 23 hours a day.

Jordan said under cross-examination by defense attorney David Coombs that besides the mental-health report, he considered evidence that Manning had contemplated suicide six to eight months earlier after his arrest in Iraq. The evidence included a noose Manning had fashioned from a bedsheet while confined in Kuwait, and a written statement he made upon arrival at Quantico in July 2010 that he was "always planning and never acting" on suicidal impulses.

Jordan acknowledged Manning had been a polite, courteous and nearly trouble-free detainee at Quantico.

"Wouldn't his past six months of performance be an indicator of his potential for future behavior?" Coombs asked. But Jordan maintained that Manning's unwillingness to converse with him and other brig staff was a warning sign he was at risk of self-harm.

Jordan said he considered the opinion of the brig psychiatrist, Navy Capt. William Hocter, that Manning was no longer at risk of self-harm. But Jordan said the weight he gave to Hocter's views was diminished because another detainee had recently killed himself after his custody status was reduced on Hocter's advice.

"I would consider it, but I would always consider it with care, sir," he told Coombs.

Earlier Sunday, the military judge said Manning's trial, previously set to begin Feb. 4, would be pushed back to sometime in March due to lengthy pretrial proceedings.

The hearing on Manning's confinement was to recess Sunday and resume Wednesday.

Manning is charged with 22 offenses, including aiding the enemy, which carries a maximum penalty of life in prison.