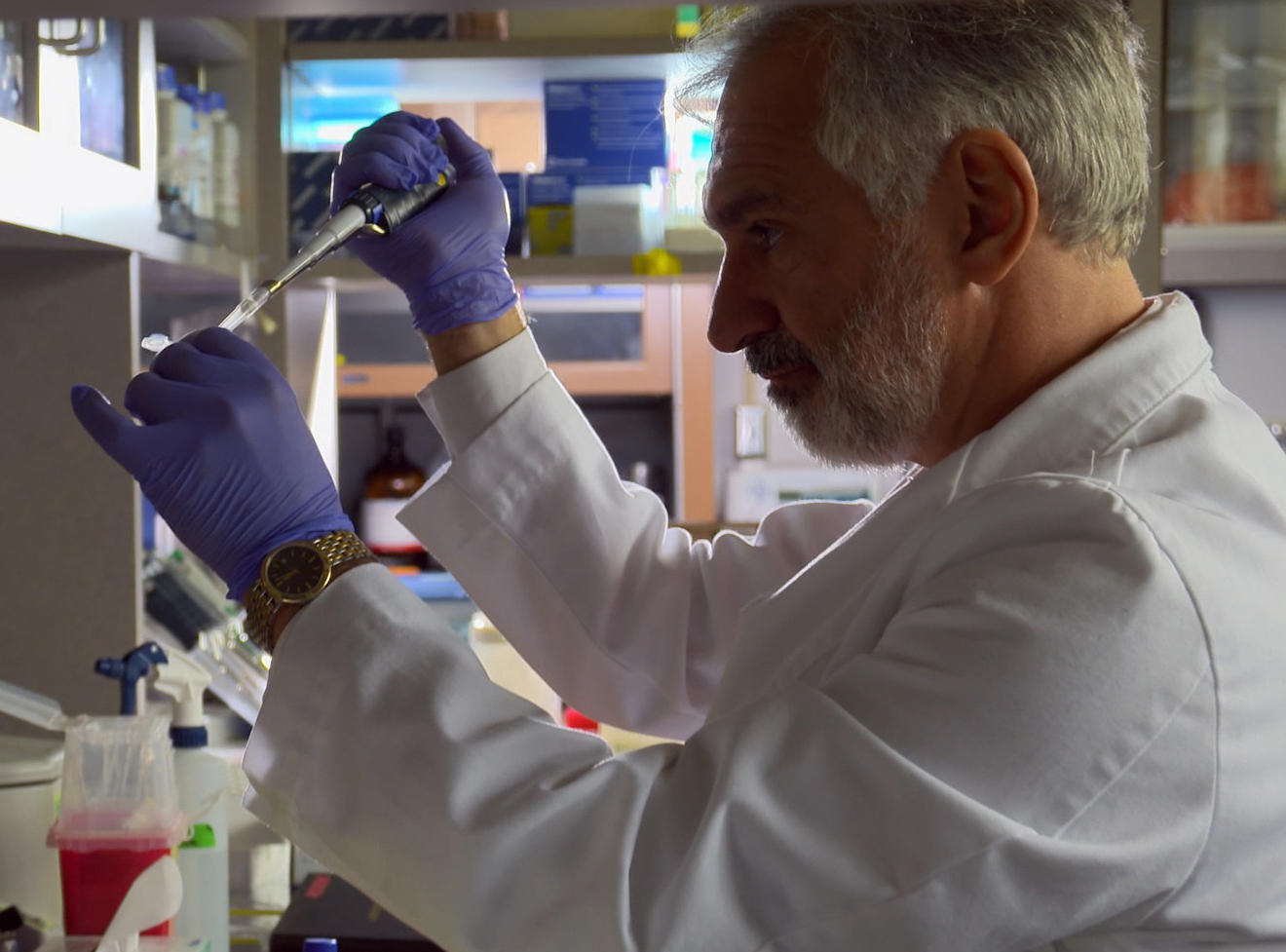 Judy Rybak is a "48 Hours" producer. She investigated the questionable convictions of Darryl Pinkins and Roosevelt Glenn for the episode, "Guilty Until Proven Innocent." Watch the full episode online.

About three years ago, I was on Twitter when I spotted a cry for help from DNA expert and director of the Idaho Innocence Project, Greg Hampikian. He tweeted that his Innocence Project had more cases of wrongful conviction than the money he needed to investigate them. Wondering if he had any cases that might be appropriate for "48 Hours," I called immediately.

There was one case, said Hampikian, but it was not in Idaho. It was in Indiana and was, according to him, one of the most "egregious" cases he had ever come across.  Hampikian is a highly respected scientist who has worked on many high-profile wrongful convictions, including Amanda Knox.

He had my attention.

Darryl Pinkins and Roosevelt Glenn were serving time for a brutal 1989 gang rape in Hammond, Indiana. This despite the fact that long before their trials, both men were excluded from the DNA. The state had successfully argued that because the DNA in this case was a mixture of five rapists, the test results could be not trusted.

Outrageous, said Hampikian, who had been working for years to help convince the authorities that science does not lie. It is a complicated case, said Hampikian, so convoluted that the media had stayed away.

Complicated and convoluted is what we at "48 Hours" do best, I told him.

A month later, I was in a rental car on a long stretch of Indiana highway, in the middle of a blizzard, heading to the Miami Correctional Facility to meet Darryl Pinkins for the first time. I had already read several key documents in the case and met with the defense team: Indiana University Law Professor, Fran Watson and some of the law students who had participated in her wrongful conviction clinic.

Believing I was prepared to meet Darryl and discuss his case, I emptied my pockets and went through the metal detectors, as I had dozens of times in dozens of prisons. It took me just moments to realize that this time was different. I was actually not fully prepared. I had not anticipated how much Darryl Pinkins would move and impress me.

Despite his clear and seething anger, and deep sadness, he was gentle and kind. He wanted me to know all that he had accomplished while in prison for over two decades: Earning a Bachelor's Degree, studying Native American Spirituality, becoming a certified Suicide Prevention Companion, learning Tae Kwon Do and becoming fluent in braille.

From the prison, I drove several hours to Gary, Indiana, where I met Roosevelt Glenn and his family. After fighting for 16 years to have his conviction overturned, the state paroled Glenn in 2007 for good behavior and forced him to register as a sex offender.

Our meeting took place in his mother's home, where several of his supporters joined us. Among them were Roosevelt's sister, Renitta, and their pastor, who both desperately wanted me to know that Roosevelt is a good man.

Like Darryl, Roosevelt was warm, welcoming, kind, gentle and open. He told me how he had survived all those years behind bars, and explained how he was able to forgive those who he claimed wrongly convicted him.

I did not see a rapist—but I wasn't sure what to think. I left Indiana that night committed to digging in to this case. If what I was hearing was true and, more importantly, there was DNA evidence that substantiated their claims, two innocent men were paying a steep price for a serious injustice.

Three years later, there was a break in the case and "48 Hours" was there to cover it. A new DNA technology called True Allele-developed specifically to test DNA mixtures-was used in this case, and the explosive findings were about to be presented in a court hearing.

Just weeks before the hearing, Maureen Maher was interviewing Darryl Pinkins' mother and sisters for our report, when they all declared that for the first time in a long time they were hopeful that Darryl would soon be free.

"Why this time?" asked Maureen.

I was standing behind the cameras when I heard my name, and felt my face heat up.

"I went and Googled Judy. Printed everything out, called my family, I was like, 'They're listening. This is the media. They are actually listening,'" Tracy Pinkins said. "That's when I got my hope."

No one was sure what would happen next. The District Attorney's office had been fighting to keep Darryl behind bars for nearly a quarter century. Professor Watson was worried the prosecutor would challenge the results of the True Allele tests, and keep Darryl in prison while they argued their validity.

Then, just days before the hearing, Lake County D.A. Bernard Carter shocked everyone.

It was Thursday night and I was sitting at my desk preparing for the hearing on Monday, when I got the call from Professor Watson that Carter had decided there was no need for a hearing. Carter told the judge that the new DNA evidence is clear, and Darryl Pinkins is an innocent man.

The very next morning, Darryl was scheduled to be released. While my team scrambled to change our flight reservations and find a local camera crew in Indiana to cover us until we arrived, I was given the gift of a lifetime.

With Fran Watson's very kind and generous permission, I called Darryl's family and Roosevelt Glenn to deliver the news. Being a great producer, Maureen Maher made sure I had someone on the other end videotape the calls for our report.

"It's over," I said, and told them that Darryl would soon be free.

The sounds I heard next will forever echo in my head: A sister shouting with joy – a mother releasing 25 years of anguish – and a strong, proud man (soon to be declared innocent himself) openly weeping.

One tweet and three years later, a man walked free and "48 Hours" was there to see it. We were also there when Lake County Prosecutor, Bernard Carter, shook Darryl Pinkins' hand, and admitted that mistakes had been made in this case—and thanks to True Allele, justice was served.

The cases of Darryl Pinkins and Roosevelt Glenn were the first wrongful convictions overturned by a new DNA technology, and "48 Hours" was there to witness it.