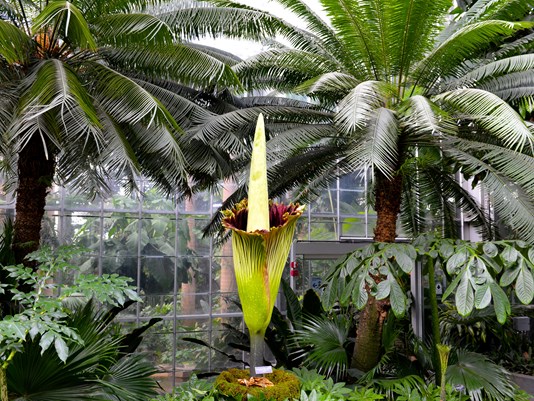 The flower was scheduled to bloom late last week, and on Tuesday it began opening around 4 a.m.

During bloom, the flower smells like a combination of garlic, fish, diapers and rotting meat. The stench is designed to attract pollinators in the wild like insects.

The last time the garden displayed a blooming corpse flower was 2013.

Visitors waited in line more than an hour to see the rare bloom. It started emerging Thursday afternoon after more than 10 years of growth.

It's one of the largest flowers on earth and can reach 6 feet in height.