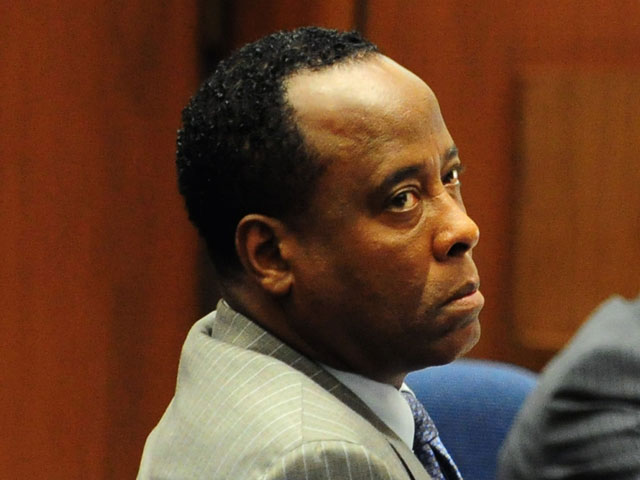 (CBS/AP) LOS ANGELES - A coroner who conducted the autopsy on Michael Jackson says there is no evidence supporting the theory by attorneys for Dr. Conrad Murray that Jackson gave himself a fatal dose of the anesthetic propofol.

Dr. Christopher Rogers, who conducted the autopsy on Jackson, testified Tuesday that it was more likely that Dr. Conrad Murray overdosed the singer when he incorrectly estimated how much of the drug he was giving Jackson to induce sleep.

"The circumstances, from my point of view, do not support self-administration of propofol," said Rogers, chief of forensic medicine in the Los Angeles County Coroner's Office.

Rogers analyzed two possible scenarios for Jackson's death. The first was the defense theory that while Murray stepped away to go to the bathroom, Jackson gave himself an extra dose of the drug he called his "milk."

"Then he stops breathing and all of this takes place in a two-minute period of time," Rogers said. "To me, that scenario seems less reasonable."

"The alternate scenario would be in order to keep Mr. Jackson asleep, the doctor would have to give him a little bit every hour, two or three tablespoons an hour," Rogers said, noting that propofol is a short-acting drug that wears off quickly.

"We did not find any precision dosing device, so the doctor would be estimating how much he was giving," the medical examiner said.

Murray told police he gave Jackson only 25 milligrams of the drug, a very small dose that usually would have kept him asleep for no more than five minutes.

Rogers said he examined evidence found in Jackson's bedroom and noted there was an empty 100 milliliter bottle of propofol.

Rogers said the cause of death was "acute propofol intoxication and the contributing condition was the benzodiazepine effect."

Two sedatives from that drug group - lorazepam and midazolam - were found in Jackson's system after he died.

Rogers said he considered a number of factors in ruling the death a homicide. Among them were Murray's statements to police and the lack of sophisticated medical equipment in Jackson's bedroom, where the superstar had been receiving the anesthetic.

He said there was no EKG monitor, no resuscitation equipment and no precision dosing device present in the room.

Rogers also testified it would be inappropriate to use propofol outside a hospital or medical clinic.

Deputy D.A. Walgren illustrated testimony about the autopsy by showing a stark photograph of the singer's body on an examining table with his genitals covered. He appeared thin but not emaciated. The doctor said he was 5 feet 9 inches and weighed 136 pounds.

"I believe he was healthier than the average person his age," Rogers said, explaining Jackson had no fatty buildup in his arteries common to people his age.

Murray has pleaded not guilty to involuntary manslaughter. If convicted, Murray could face up to four years behind bars and the loss of his medical license.