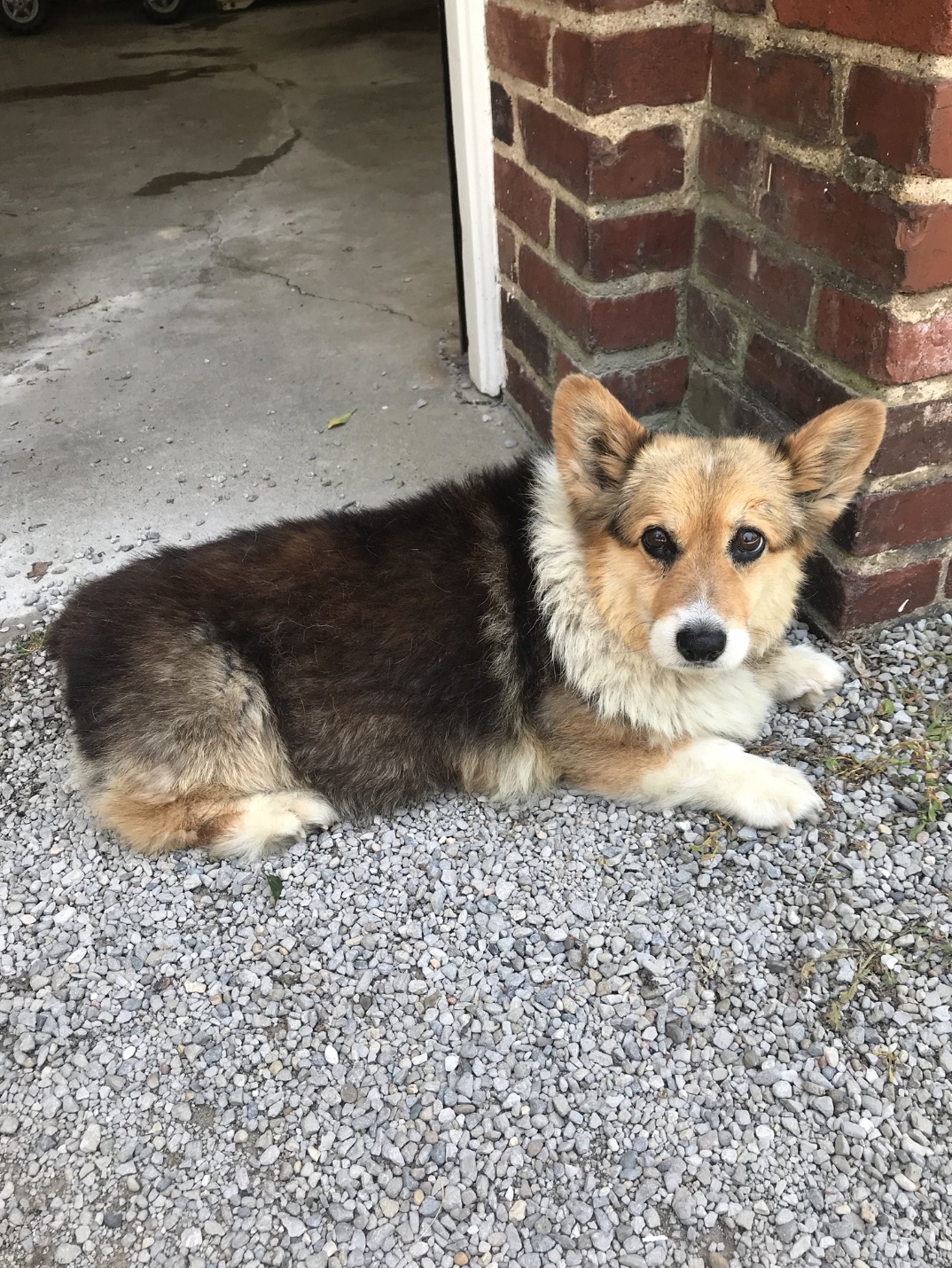 A15-year-old corgi named Pepper went missing in his West Virginia neighborhood this week, and the misadventure soon catapulted him to internet fame.

A storm hit Charleston, West Virginia, on Sunday night and Pepper's owners, Buffy and Harry Wallace, were worried about their pup. The couple was out to dinner, and when they returned home, Pepper was nowhere to be found. Pepper ran away, and was lost in the rain all night.

His little legs took him pretty far, and eventually Pepper was found by the Nelson family. "My mom was coming back from a run and found this dog almost get hit by a car," Matt Nelson told CBS affiliate WOWK. "She immediately picked him up and took him home."

Pepper was in good hands. Nelson just happens to run "We Rate Dogs," a popular account on Twitter. Nelson uses it to rate and share photos and videos of dogs for his 6.95 million followers. He posted photos of Pepper, and the corgi quickly went viral.

"Corgi found!" Nelson wrote with two photos of Pepper. "Bendview Rd. Charleston, WV. We had bad storms last night and it's clear he was out in them for quite a while. He's very speedy but tired and would like his owner back ASAP." The tweet was shared about 9,000 times.

In another post, Nelson explained that he took Pepper to the vet, but the dog had no microchip, so his home was untraceable. Nelson and his mom decided to also spread the word about Pepper the old-fashioned way, by hanging signs in their neighborhood.

"My mom had it in her head that it was this older gentleman that lost his dog," Nelson says. "She was spot-on somehow."

Nelson says when they were posting signs in the neighborhood, an older man drove by. "She was like, 'Oh, we should ask him.' And I was like, 'Mom, we can't just stereotype, we don't want to ask every old person if this is their dog,'" Nelson says. His mother asked the man anyway — and it's a good thing she did.

That man just happened to be Harry Wallace, Pepper's owner.

Since so many of the "We Rate Dogs" Twitter followers had become invested in Pepper's story, Nelson gave them an update. "WE FOUND HIS OWNER! THE PUP'S NAME IS PEPPER AND HE'S 15 YEARS OLD! HAPPY ENDING TO THE WAYWARD CORGI STORY," Nelson wrote with a photo of Pepper in Wallace's arms.

Later on that day, Pepper was back home with the Wallaces and their grandson shared his own update on Twitter.

"Pepper is back to doing nothing all day and laying out in the sun! My grandpa was happier than he's ever been before!" Will Jenkins wrote with a photo of Pepper.

Pepper had gained internet fame after getting lost, but it was old-fashioned fate that helped bring him home.