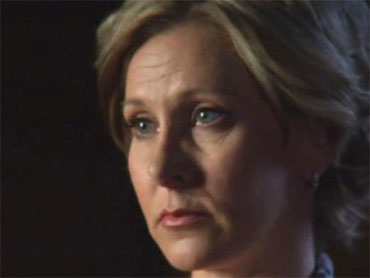 The Florida murder suspect whose

A brief hearing was held Monday at the Fulton County Jail for Carl Edward Roland, who will appear Tuesday in Superior Court for a hearing to discuss his return to Pinellas County, Fla., where he is charged with strangling his ex-girlfriend.

Hours after the brief hearing at the Fulton County Jail for Carl Edward Roland, another climber scaled a crane in the city's Buckhead section. WAGA-TV reported Monday night that the unidentified man was standing on a platform, smoking cigarettes, about 150 feet off the ground, halfway to the top.

Roland, 41, climbed onto a construction crane above the city's Buckhead neighborhood Wednesday. Atlanta police subdued him with a stun gun early Saturday as he crawled toward an officer for a cup of water. He was lowered to the ground from the 350-foot crane and taken to a hospital, where he stayed for nearly two days.

In Florida, Roland is accused of killing 36-year-old Jennifer Gonzalez, whose body was found in a pond Tuesday. He also faces charges in Georgia of criminal trespassing, reckless conduct and first-degree criminal damage to property, Hightower said.

Authorities said Roland was uncooperative during interrogations with Atlanta and Florida police.

Roland got onto the 18-story crane around 5 p.m. Wednesday and told police he was thinking of killing himself by jumping, authorities said.

Two days earlier, Roland told acquaintances he believed Gonzalez was cheating on him and asked them if they could get him a firearm so he could kill her, according to the affidavit.

During the standoff negotiations, Roland accepted a jacket from police, which he used to beat back the chill at night and the sun during the day, but he refused offers of food and water.

Alan Dreher, Atlanta's assistant police chief, said officers got Roland in a position early Saturday so they could "effectively utilize the Taser" without harming him. Roland showed mixed emotions during his arrest, Dreher said.

Since March, the Clearwater, Fla., man had quit his job as a software salesman and filed for bankruptcy. Roland said he owed $10,500 in federal taxes and more than $13,000 on credit cards, court records show.