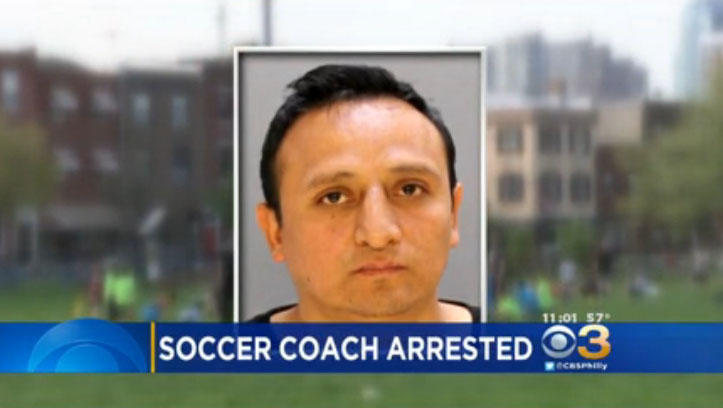 PHILADELPHIA -- A soccer coach at a Philadelphia-owned playground has been jailed on charges he paid a now-15-year-old girl to have sex and fathered a child with her.

Philadelphia Parks and Recreation says police have told them not to give the suspect access to any facilities and say he’s been suspended indefinitely from all his youth coaching activities.

The city’s Department of Human Services on Tuesday got a report that the girl has a 7-month-old child and notified police.

The girl played soccer for Prado-Contreras then asked him for a job with a house-cleaning service he runs. After going to work for him, she says Prado-Contreras coerced her into having sex for money five times.