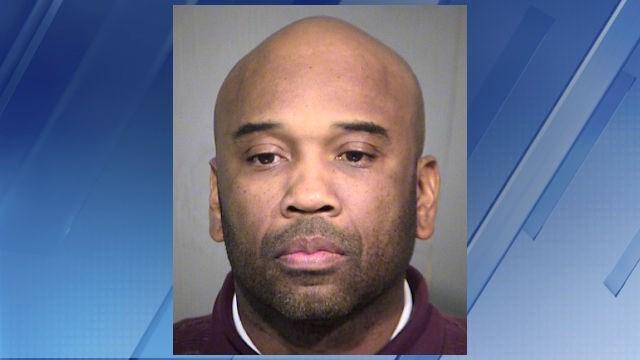 PHOENIX -- Two young children were near their mother Tuesday when she was shot dead in the parking lot of a Phoenix apartment complex, police said.

The 35-year-old woman was shot at close range with the children present and the children were unharmed, said Sgt. Vince Lewis, a Phoenix police spokesman. Police identified her to KPHO as Blanca Gutierrez-Calzoncit, and say they’ve arrested her ex-husband, Josiah English III.

Lewis told the station the shooting was at “relatively close range.”

The Arizona Republic reported that several apartment complex residents said they heard a quarrel and loud banging around 5:30 a.m. but went back to bed when they could not see anything from their apartment window.

The children were in the custody of officials until authorities find an adult relative, Lewis said. Police didn’t elaborate on what led to English’s arrest.

Lewis said there was no indication that the shooting was related to a series of 2016 shootings believed to be thework of a serial killer who shot victims outside after dark who were in their cars and in front of houses.