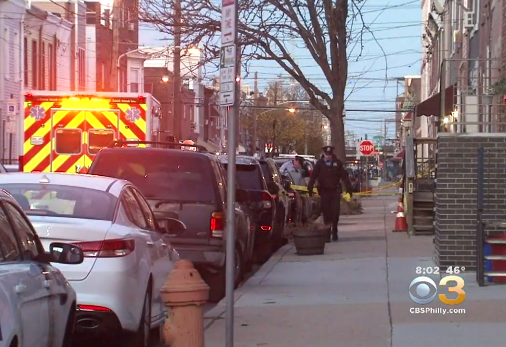 PHILADELPHIA -- Police say a woman was shot and a handicapped man was assaulted during a violent home invasion in South Philadelphia early Sunday, CBS Philly reports.

Authorities say three masked men broke into the home, where they held a 67-year-old woman against her will and pistol-whipped her son, who is paralyzed from the waist down.

"When police arrived they found this 35-year-old woman outside the house suffering from one gunshot wound to the left kneecap," said Philadelphia Police Capt. Drew Techner.

Both the son and his girlfriend were taken to Presbyterian Hospital in stable condition.

Investigators have no suspects and say it's unclear how the men got inside the house.

It was not immediately known if anything had been taken from the home.

Police were checking nearby surveillance video for clues.