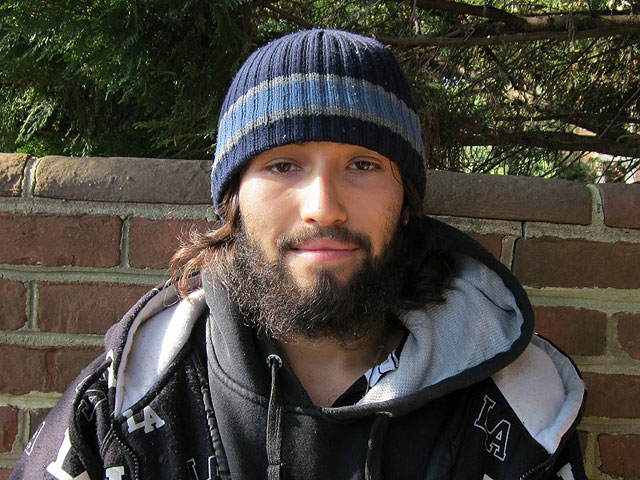 Police say the 21-year-old Idaho man pulled his car within view of the White House at night and fired shots from an assault rifle, cracking a window of the first family's living quarters while the president was away.

The U.S. Secret Service found two bullets had hit the White House and agents caught up with Ortega-Hernandez in Pennsylvania on Wednesday after a four-day search.

Police arrested Ortega-Hernandez at a hotel after a desk clerk recognized his picture. Ortega was scheduled to make his first appearance at 2 p.m. Thursday in federal court in Pittsburgh and many questions remained about his motive and background.

Sources tell CBS News that Ortega-Hernandez was not on the radar of the Secret Service before Friday's shooting. But investigators believe he may have targeted the White House due to a hatred of President Obama. Businessman Monte McCall, said Ortega-Hernandez compared the president to the "Antichrist" when they met recently.

Authorities are investigating the man's mental health and say there are indications he believed attacking the White House was part of a personal mission from God, according to two different law enforcement officials who spoke with The Associated Press. There are also indications the man had become obsessed with Obama and the White House, according to the officials, who spoke on the condition of anonymity because the investigation is ongoing.

Shots were fired at the building Friday night. Agents discovered Tuesday that one of the two bullets hit the exterior and a second cracked a window on the second floor residential level, just behind the rounded portico visible from the south side of the White House.

That bullet was stopped by protective ballistic glass. The window that was hit is in front of the so-called Yellow Oval Room, which is in the middle of the family's living quarters.