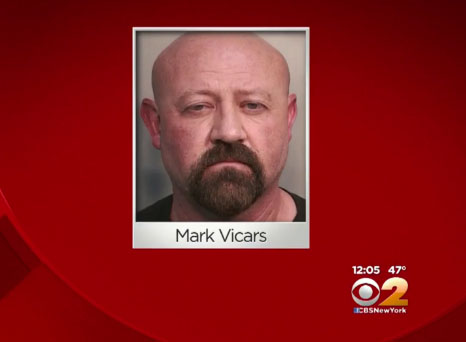 SYOSSET, N.Y. - Police in Long Island, New York say a traffic stop resulted in the arrest of man posing as a federal air marshal who had an assault rifle, body armor and 8,300 rounds of ammunition.

Nassau County police said Friday that Marc Vicars was stopped Thursday morning on the Jericho Turnpike in the Long Island community of Syosset.

They say he had a pistol, a knife and the assault rifle in the car, along with the body armor and a tactical vest containing three high capacity magazines. He allegedly produced fake credentials and activated emergency lights on his vehicle.

Authorities say they found more weapons and the 8,300 rounds of ammunition at his home.