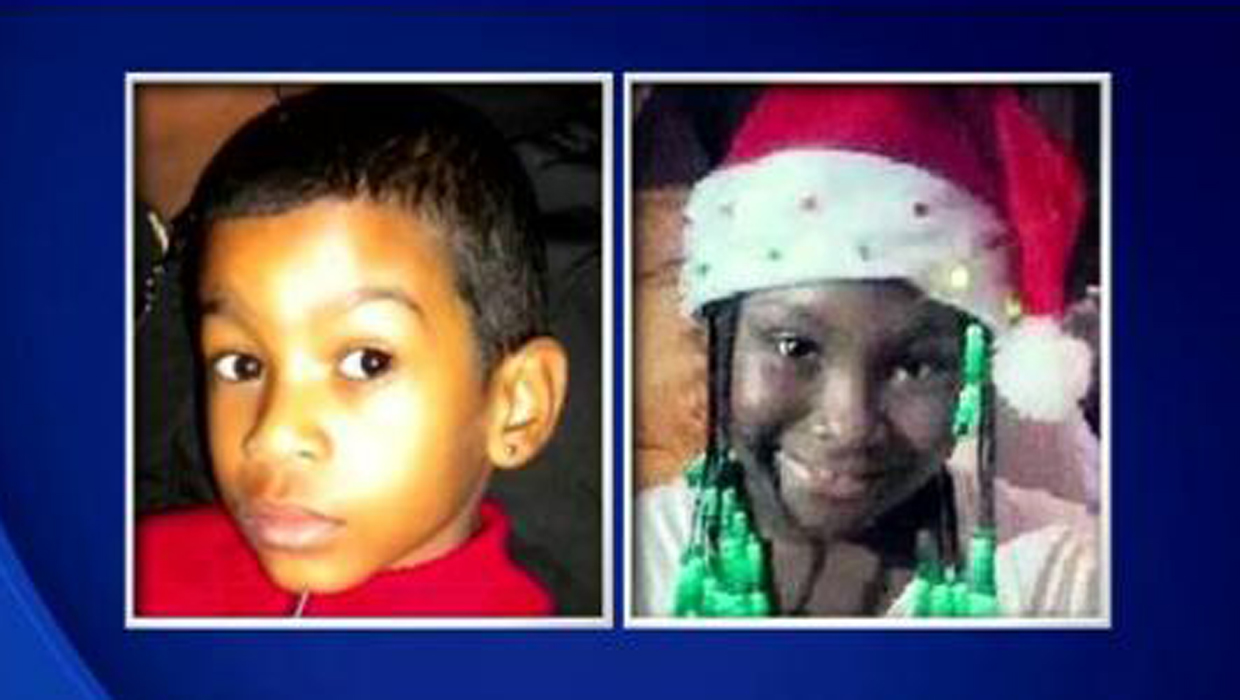 NEW YORK - Authorities are searching for a man who they say stabbed two children - one of them fatally - inside an elevator at an apartment building in Brooklyn.

It happened just before 6 p.m. Sunday in a housing development. Officers arriving at the scene found 6-year-old boy Prince Joshua Avitto in the elevator and the other victim, 7-year-old girl Mikayla Capers, just outside the building, police said.

Both children were taken to Brookdale Hospital, where the boy was pronounced dead. The girl was moved to New York-Presbyterian Hospital/Weill Cornell Medical Center, where she was listed in critical condition, police said. The children were not related.

Police did not say what caused the violence, but said both children were stabbed in the torso. A knife was recovered at the scene.

"He took my pride and joy away," the boy's father, Nicholas Avitto, told the Daily News. "I'm devastated. I'm beyond comprehension. I'm trying to understand how God works. My son is gone. That was the light of my life."

"They were just going to get ices, that's it. They weren't bothering anybody," family friend Sophia Diaz told CBS New York. "Who could find it in their heart to go into an elevator and stab a 6-year-old and a 7-year-old?"

Diaz said Mikayla was talking as she was being moved to the hospital. "She was very brave," she said. "She was talking to my sister in the ambulance."

CBS New York reports the suspect is a heavyset black man in his 20s and was wearing a grey sweatshirt, according to police. Brooklyn Borough President Eric Adams is offering a reward of $5,000 to anyone with information that helps lead to an arrest.

Anyone with information on the case is asked to call Crime Stoppers at 800-577-TIPS, visit www.nypdcrimestoppers.com or text TIP577 to 274637.